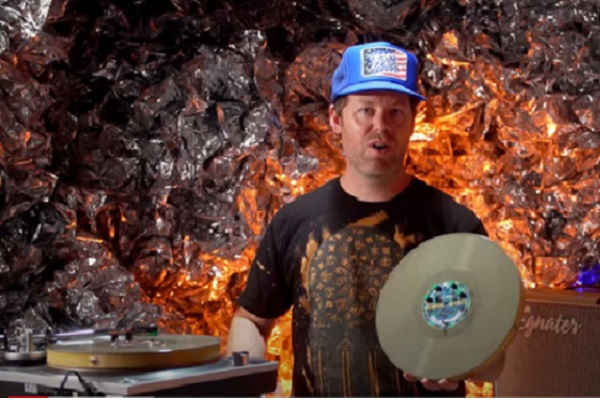 It has emerged that the first vinyl album with a guitar pedal has been released.

This new album has been released by Brother O Brother, an Indianapolis garage rock band, who announced that their latest album Skin Walker, which will be released as a guitar pedal.

The album will be released as a set of vinyl LPs, with each one thickened to house the pedal electronics. The control knobs will also be positioned on the centre labels.

One of these pedals is a delay pedal, with four settings creating unique combinations of delay, while the other pedal offers overdrive/boost including a toggle switch, controlling two different channels.

The album will also be available on three “normal” limited edition vinyl variants. These will include splatter, tri-colour and sand-filled glow in the dark.

Brother O Brother frontman Chris Banta is also the man behind Romanus Records, who also filled on LP with gunpowder and razor blades.

They also embedded LEDs in another, and worked on a limited edition “liquid-filled snowglobe variant” vinyl edition of the soundtrack for the Bill Murray comedy Scrooged.

“All gas, no brakes, Skin Walker refers to the Native American legend of shapeshifting humanoids”, the band said.

“Often through possession and disguise, few things felt more relevant to the world around us when writing this LP from a cultural sense.

“The writing goals were to write the heaviest garage and psych infused LP we could while communicating our message and story. Discussion of new and emerging A.I. tech, mass surveillance, big brother, along with political polarisation at an all-time fever pitch made the LP cathartic to write”.

“We believe this is our most complete work to date with more production, time, and investment poured in than ever before”.

Check out the album here.