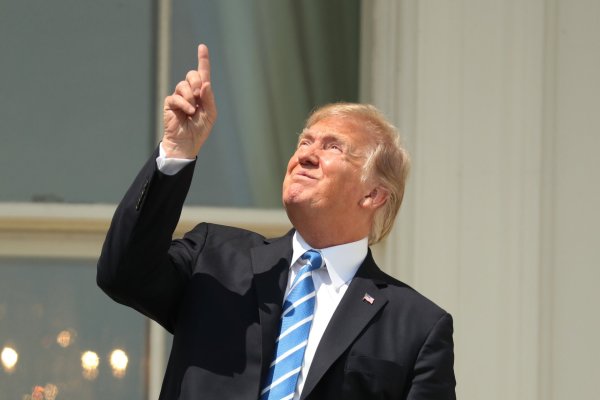 The deeply divisive Donald Trump says the media is ‘out of control’ and ‘conspiring’ against him after ending his coronavirus briefing yesterday in a huff, unhappy after a confrontation with two female reporters.

CBS news reporter Weija Jiang was informed by Trump to ‘ask China’ when she queried why he views COVID-19 testing as a competition when 80,000 Americans have actually died, apparently in reference to her ethnic origins having been born in China, before moving to the U.S. with her parents as a two-year-old.

‘Maybe that’s a question you should ask China,’ Trump told Chinese-American Jiang, ‘Don’t ask me. Ask China that question, OK?‘ Jiang then interjected ‘Why are you saying that to me specifically?’ ‘I’m telling you,’ Trump replied. ‘I’m not saying it specifically to anybody. I’m saying it to anybody that asks a nasty question.’

Jiang scoffed at that ludicrously childish accusation. When Collins approached the mic, Trump intercepted to instruct a different reporter to step forward. However Collins then stood her ground with Trump, prompting the president to abruptly end the press conference and walk off stage.

Then the poorly polling president accused the pair of reporters of conspiring together to sabotage the briefing. ‘The Lamestream Media is truly out of control, Trump blasted on Twitter. ‘Look how they work (conspire!) together. They are the Enemy of the People, but don’t worry, we will WIN in November!’

Senator Bernie Sanders tweeted that the president is ‘a coward who tears down others to make himself feel powerful’. Trump was also accused of using outright racist remarks towards Jiang – who previously tweeted in March that a White House official had referred to the coronavirus as ‘Kung-flu’ during a conversation with her.

Last month, Trump ordered Jiang to ‘keep your voice down’ when she questioned what if anything he did to warn Americans in February that coronavirus was spreading like ‘wildfire’ after Trump claimed he was ‘angry’ because information about the coronavirus ‘should have been told to us’ earlier.

‘Many Americans are saying the exact same thing about you, that you should have warned them the virus was spreading like wildfire through the month of February, instead of holding rallies with thousands of people,‘ Jiang said. ‘Why did you wait so long to warn them?’

Trump interrupted Jiang to ask her ‘who are you with?‘ and then pointed to his late January ban of flights coming in from China. ‘Chinese nationals … by the way, not Americans who were also coming in from China,’ Jiang corrected the president. To this he responded to the reporter by saying, ‘Nice and easy.’ ‘Nice and easy, just relax,’ Trump said.

‘We cut it off. People were amazed. These gentlemen, everybody was amazed that I did it. We had 21 people in the room, everybody was against it but me. Dr. Fauci said, had I not done that perhaps tens of thousands and maybe much more than that would have died,’ the president continued. ‘I was very early. Very, very early.’