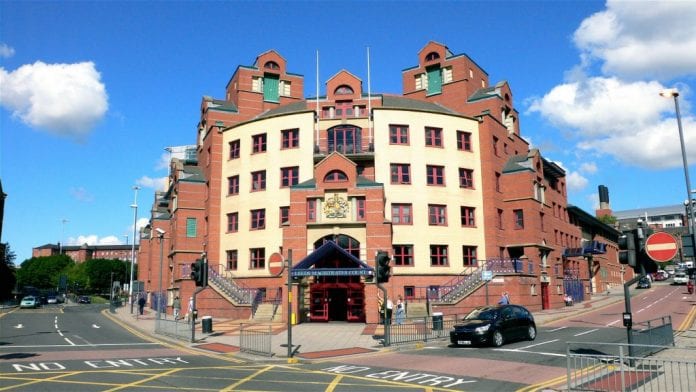 An RTÉ sports producer has appeared in court accused of grooming a child for sexual activity.

55-year-old, Kieran Creaven, is said to have flown from Ireland to Leeds to meet up at the The Queens Hotel with someone he believed to be a 13-year-old girl, but in fact was a fake online identity created by so-called paedophile hunters.

The man appeared at Leeds Magistrates’ Court today where he was charged with attempting to meet a child following grooming and attempting to cause or incite a child to engage in sexual activity, namely kissing and cuddling.

The court heard the offences were said to have taken place from July 1st – when the defendant first contacted the girl – to November 18th when he arrived at the hotel.

Creaven was given bail and is due to appear before Leeds Crown Court on December 12th.

His bail conditions include residing at an address in Ireland given to the court, having no unsupervised contact with any child aged under 16 and, if requested by police, to supply any device that is internet-enabled.

An Irish man will appear in court in the UK this morning charged with attempting to engage in sexual activity with a child.

The man, who is an employee of RTÉ, is due before Leeds Magistrates Court later.

Authorities confirmed they were called on Saturday, November 18th to deal with reports of a man attempting to engage or incite sexual activity with a child in Leeds.

The man who is an employee of RTÉ was arrested and taken into police custody.

His arrest was captured on video by a vigilante group, who claim they lured him to Britain after creating a fake Facebook profile of a 13-year-old girl.

He was charged with attempting to engage or incite sexual activity with a girl under the age of 16.

He will appear at Leeds Magistrates Court this morning when the courts get underway at 9.45am.

RTÉ have issued a statement to say they have been made aware of this matter and have no further comment at this time.