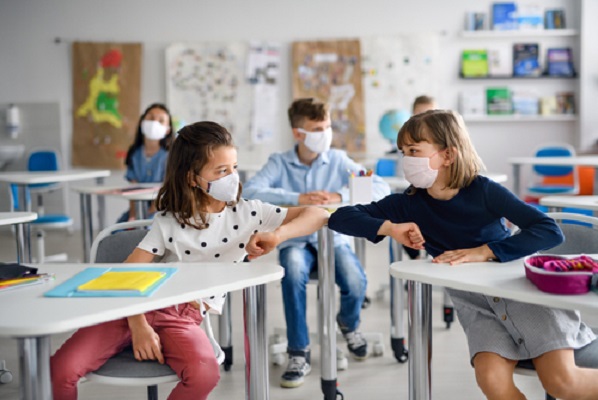 Public health authorities believe fewer than 10 schools in the Republic have experienced significant transmission of Covid-19. When the virus spread among pupils in school, it is “most likely” to have occurred in less than 10 schools. The numbers of further spread from these cases have been “very low” with mainly one or two cases.

Since schools reopened in August, there have been a total of 110 recorded clusters or outbreaks detected. Although, authorities believe that transmission, in most cases, is likely to happen outside school settings.

The National Public Health Emergency Team (NPHET) and the Health Protection Surveillance Centre prepared a briefing document. They say “intraschool transmission” is likely to happen in few schools – cases spreading within them.

They prepare this document in response to a series of school safety questions from the Association of Secondary Teachers Ireland.

The union is due to receive the results of a ballot for industrial action towards the end of this week. The ballot is happening over concerns it has with the safety of staff.

ASTI raises concerns over the time it takes to test and trace and “inconsistencies” over the definition of close contacts.

The document acknowledges that contact-tracing services have been under increased pressure with the recent rise in detected cases. It takes just under four days to complete all contact-tracing calls in the past week or so, it says.

Public health authorities confirm that they intend to help expedite contact with schools. 10 dedicated teams around the country will link with public departments and will be the focal point for the local schools.

4.4 The Average Number Of Cases Of Close Contacts

The response adds that the average number of close contacts is five for those tested as part of mass testing in schools.

On average, the number of close contacts per individual case in the community setting is 4.4.