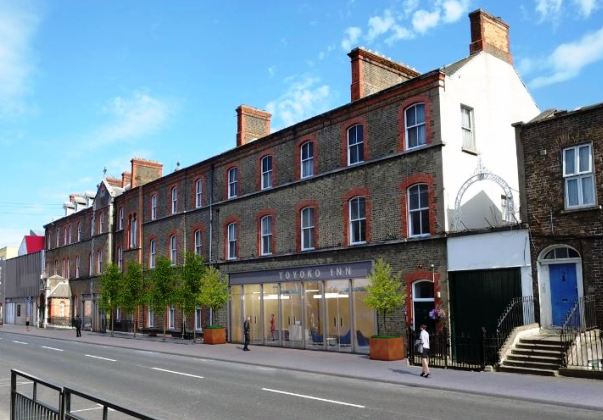 Dublin city councillors are to vote on a motion tonight to stop plans to sell the final Magdalene Laundry site in Dublin city centre.

Plans were proposed in 2017 to sell the Sean McDermott Street site to a Japanese hotel chain. It was the last such laundry in Ireland and closed in October 1996.

More than 10 thousand people have signed a petition calling for the sale to be stopped. A new report by Deputy Chief Executive Brendan Kenny,  examines the preferred bidder, Japanese hotel chain Toyoko Inn.

In it, it reads as follows …. The Strategic Action Plan for the North East Inner (NEIC) 1998 was developed around an explicit vision:

‘’To rejuvenate one of Dublin’s most deprived areas, building on its unique character and strengths to create an area where people and families would choose to live, work and invest’’

In light of the anger at the potential sale of this historic site Dublin City Council issued as part of the wider report how they intend to remember the many women who suffered in its time as a Magdalene laundry:

”Dublin City Council is very conscious of the history of the site and the controversial role also played by the Magdalene Homes at other locations throughout the country.

It is very appropriate that a suitable permanent memorial be included in any proposed redevelopment of this property/site.

Therefore there will be a specific condition in the Development Agreement with Toyoko for the provision of such a memorial.

Dublin City Council commissioned a detailed archaeological survey of the site which uncovered no evidence of any burials, however all stages of construction on the site will be
monitored by a Grade 1 Conservationist.

We have produced a computer generated image of a Memorial (Sensory) Garden but this is no way prescriptive and will be discussed in detail with all interested parties prior to signing of Development Agreement and Planning/Construction.”

However the city council report does suggest its too good a chance to spurn and should be green-lighted.

”We believe this is a powerful opportunity and really the chance of a lifetime for the SeanMcDermott Area.

Dublin City Council uses the proceeds from such property sales to invest in other infrastructural projects throughout the city.

In this particular case we will recommend that 50% of the proceeds (7.25 million euro) be specifically ring-fenced for DCC projects in the Sean McDermott Street Area namely for the proposed full refurbishment of the former Rutland Street National School for its future use as a very significant new Community Hub.

If this proposal from management is accepted by the Elected Members then the successful developer will proceed quickly to design up the full scheme with a view to submitting a Planning Application which would be open to observations and objections as well as the option of an appeal to Bord Pleanala.

During this period there will be opportunities for consultation with all interested parties. Following Planning Permission they will sign the Development Agreement with Dublin City Council and seek a contractor to carry out the development, all this will take at least 12 months.

The construction phase is likely to take 18 months to complete.”

Sinn Féin Would Remove Property Tax, Help-To-Buy-Scheme And Give One Month...