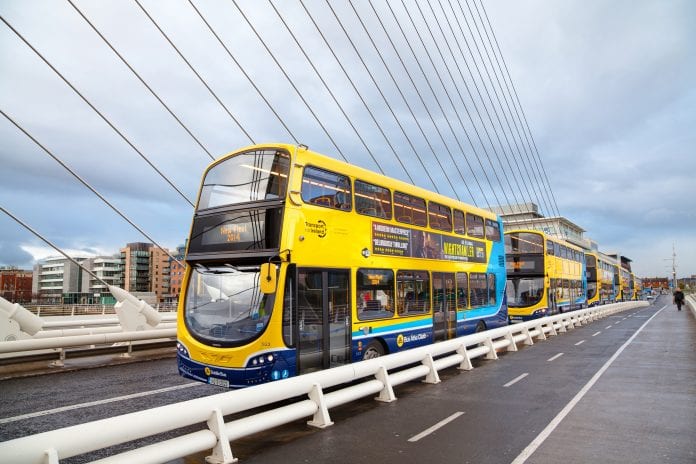 Dublin Bus could be launching a 24 hour bus routes later this year.

A proposed pilot scheme aims to roll out the service for the 3 main routes in the Greater Dublin area before the end of 2018. The Chairperson of Dublin City Council’s Transport committee feels the capital needs such a facility to fulfill its role as a modern city.

Councillor Ciaran Cuffe says Dublin Bus, in conjunction with the National Transport Authority, will pilot three routes which will serve the north, south and west of the city this year.  He believes there is plenty of demand for 24 hour routes from those who work outside normal working hours.

‘These routes will operate through the night. I’m not sure if it will be hourly or every two hours, but I certainly think that the demand is there. The demand is not just from party revellers going home in the small hours. There’s quite a demand from night workers who simply want to get to and from home through the night, and that’s what a modern city needs.’

Cuffe believes that Dublin people desire an alternative to relying on Taxis,

‘I think we’re seeing a growing trend towards night-time working, and I think people are sick and tired for paying a lot for taxi fares and they want to have the alternative of public transport that can get them to and from where they want to go.’

Concerns have been raised about using such a service due to people out drinking till the early hours.