Home News Dublin Has Its Eyes On The Pride 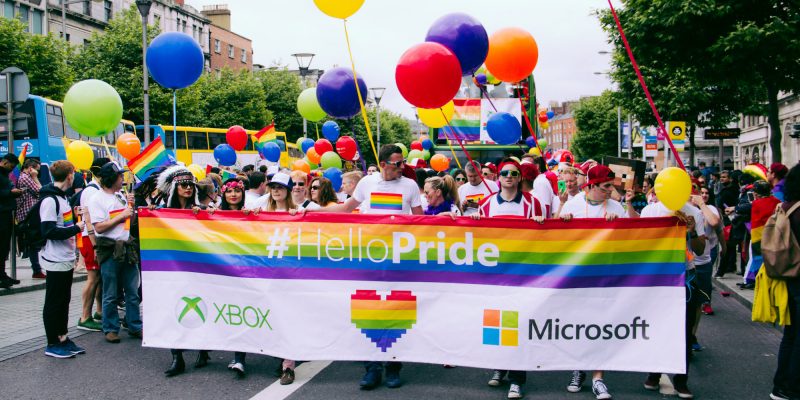 Dublin has it’s eyes on the Pride this weekend…

More than 30,000 people are expected to take part in today’s LGBT+ parade, which winds its way from Saint Stephen’s Green south to Smithfield at 2pm.

There are two road closures ahead of Dublin’s Pride Parade this afternoon.

Saint Stephen’s Green South will be closed from 10am to 6pm, with traffic approaching from Lower Leeson Street diverted via Earlsfort Terrace, Hatch St Upper and Harcourt Street.

Across the city, Haymarket in Smithfield will be closed between 6am and 10pm.

In both cases, pedestrian and local access will be maintained.

The parade starts at Stephen’s Green south at 2pm, travelling through the Liberties and across the Liffey – along Cuffe Street, Kevin Street, Patrick Street, Nicolas Street, High Street, Bridge Street, and North King Street before finishing at Smithfield Square.

There are a number of Dublin Bus diversions between 2pm and 6pm and these are posted on their website.

AA Roadwatch has also posted a handy video online with route information for getting across the city.

Are you planning to stride with Pride tomorrow? 🏳️‍🌈🏳️‍🌈🏳️‍🌈

And Gardai are advising that the parade is an alcohol and drug-free event; with only small bags, no larger than A5, allowed into Stephen’s Green South and Smithfield Square.

Similar restrictions may also apply at other Pride venues.

Government Buildings is swapping green, white and gold for a rainbow tonight.

It’s being illuminated in the Pride Colours to celebrate Dublin Pride 2018.

Pictures will also be posted through social media and Merrion Street.ie.

On the 24th of June, the Government marked the decriminalisation of homosexuality in Ireland. To coincide with Dublin Pride 2018, Government Buildings will be illuminated in the Pride colours on Friday and Saturday evening. #Pride2018 pic.twitter.com/mXLfAEsuvr

Another Day Another Cover of Toto’s Africa!