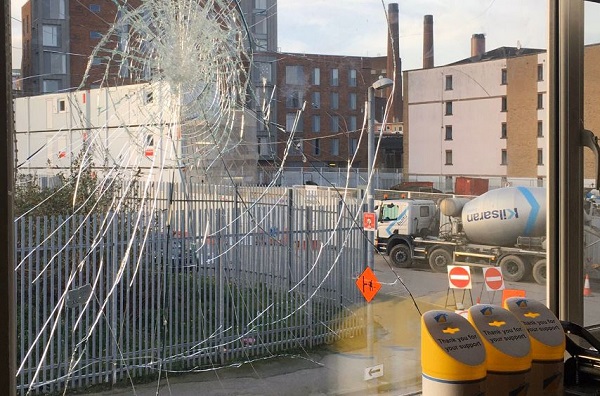 Dublin’s oldest working charity has said that vandals smashed its windows and threatened staff, forcing it to close yesterday.

The Mendicity Institution in The Liberties suffered the same kind of attack last summer.

The Institution opened in 1818 and has been assisting people in Dublin for more than 200 years and serves 700 meals a day.

The charity says it takes pride in its welcoming ‘open door’ policy for all who are in need of it. However, they were forced to close yesterday after serious threats and vandalism.

A picture posted on Twitter showed the upstairs window of the centre on Island Street in the Liberties had been smashed.

We pride ourselves on a welcoming ‘open door’ policy for all who need us. Today we were forced to close after serious threats and an act of vandalism, smashing our windows. An apology to service users written in 5 languages now taped to our door. Charity is not an ‘extreme sport’ pic.twitter.com/uzY8deSBb6

In August of last year, the organisation was forced to shut after a similar incident. At the time, staff said they would have to consider whether or not to end its open-door policy.

Nine Inch Nails’ Soundtracks For Quake And The Social Network Are...