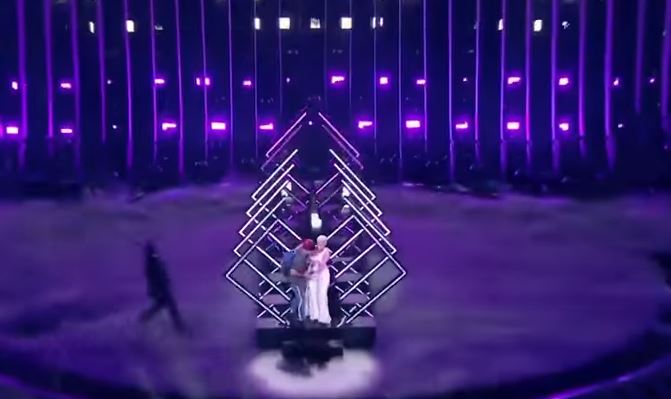 Portuguese police arrested a man who stormed the stage during the UK’s Eurovision performance last night.

He snatched the microphone and began shouting about ‘media nazis’ during the show which was broadcast on BBC1. The stage invader was dragged off and SuRie continued her performance but finished third from last in the voting.

It’s been revealed the man who invaded the stage during last night’s song contest has tried similar stunts on a string of occasions in the past. The man  who disrupted SuRie’s performance is thought to be a campaigner known as Doctor A-C.

He’s previously attempted to disrupt this year’s British National Television Awards, and the final of The Voice UK last April.