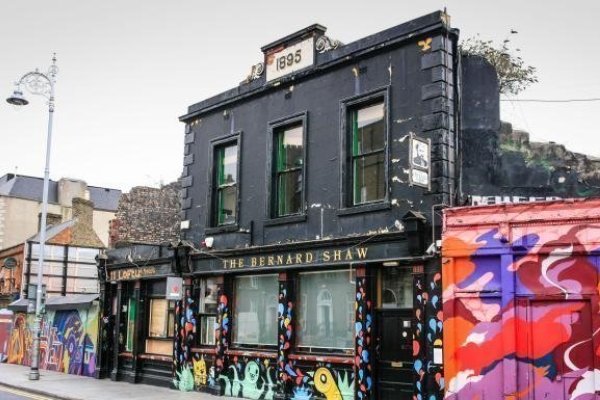 One of the city’s great old drinking spots may have to close its outdoor areas having been refused planning permission to retain its beer garden.

The Bernard Shaw in picturesque Portobello on South Richmond street is being watched closely by Dublin city council amid complaints about its outdoor sections which include a pizza restaurant in its refurbed double-decker bus.

DCC members had granted the pub owners ‘retention permission’ and a further temporary planning permission for three years, following the expiry of a short-term grant for its beer garden, smoking area and dining area.

An Bord Pleanála has however since upheld an appeal from a local resident against that call by the council. Part of its ruling notes that the lands adjacent to the pub were due to be regenerated to include housing.

It said retaining temporary permission for that would delay or undermine the housing project and be “inconsistent with the emerging pattern of development in the vicinity”.

This decision has led to anger from many of the pub’s punters and from many who wish to live in a more eclectic or bohemian Dublin or a less homogenised capital city that retains some individual character.

So much so that a group who are vehemently opposed to the decision to close down the Shaw’s outdoor areas have put forward a petition to overturn the decision.

If you sit by while the city slowly eats away at our culture and nightlife, you are the problem.

The Bernard Shaw is so important to this city, don't let it be taken advantage of like this.