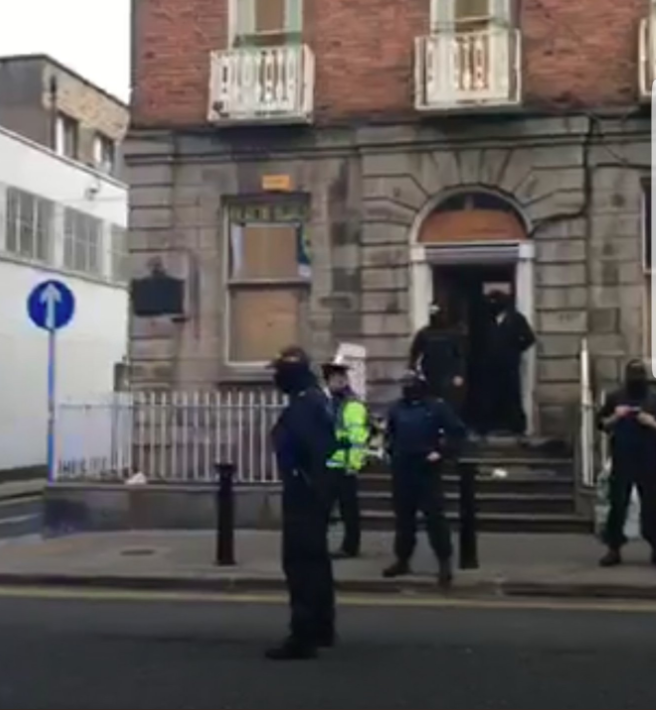 They have been criticised for wearing balaclavas while attending the disturbance on the street.

Garda Press has confirmed the balaclava is made of the same fire retardant material as the rest of their uniform and is a worn for Health and Safety reasons.

They deny the balaclava is an attempt to conceal the identity of their members and confirmed their ID number is visible on the chest area of the uniform if they need to be identified.

Two people are due in court next month after five people were arrested during clashes in Dublin’s north inner city over the housing crisis.

Scuffles broke out when a group of activists were forcibly evicted from a vacant house on North Frederick Street yesterday evening.

The Take Back the City group has been holding sit-ins to highlight the number of homes sitting empty during the housing crisis.

Eoin from the group says a number of people were injured:

“One person one person suffered concussion after been kicked in the head, someone else sustained shoulder injuries after been pushed down the stairs and another person was bleeding after suffering cuts on their arm.”