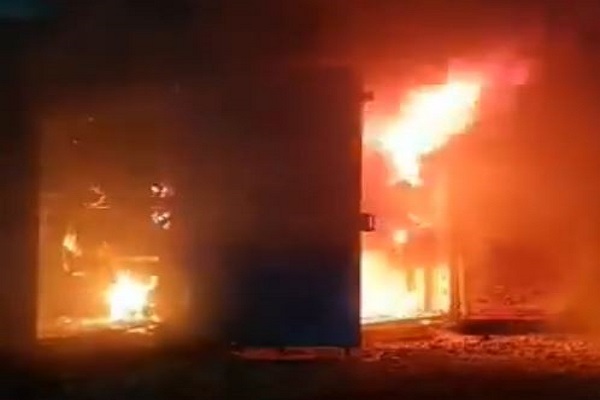 Two fire brigade units from both Kilbarrack and Swords were called to attend to a blaze which broke out at a site in Malahide late on Monday night.

Two containers were witnessed going up in flames as the fire began to go out of control. According to reports, Dublin Fire Brigade had to use breathing apparatus while dealing with it. They said:

“Two fire engines from Swords and Kilbarrack have been called to containers on fire on a site in Malahide. Building materials are alight.”

It’s understood the fire was started on purpose with gardai now searching for the thugs who set fire to the containers.

2 fire engines from Swords & Kilbarrack have been called to containers on fire on a site in #Malahide. Building materials are alight #Dublin #fire #Fingal pic.twitter.com/n3yqPfXA0i

“A number of building materials were damaged during the incident. No arrests have been made and investigations are ongoing.

Trump And Lady Gaga Have War Of Words At Rallies In...