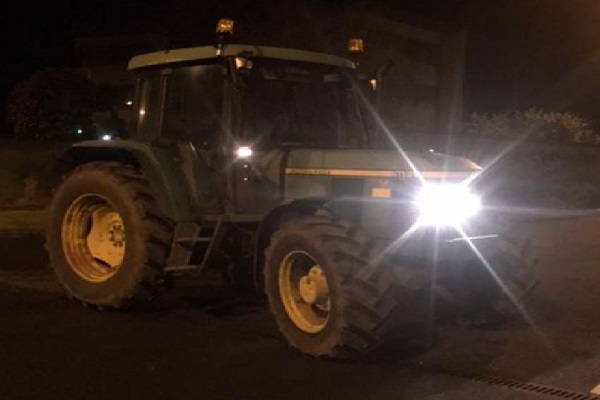 Gardaí have said that they are relieved that a tractor driven by a 12-year-old in Meath was was safely stopped in the early hours of yesterday morning.

It’s reported that the 12-year-old, as well as an eight-year-old and a 15-year-old in the tractor,  were intercepted by gardaí at 12.30am in Trim, Co Meath.

Meath Crime Prevention shared on their Facebook page that:

“Members from Unit C Meath Roads Policing stopped this John Deere tractor at 00.30am this morning in Trim town.

“They found three boys in the cab. A 12-year-old was driving the vehicle, accompanied by a 15-year old and an eight-year-old.

“They were brought to Trim garda station and their parents were contacted. We know young farmers love driving tractors, but they have to wait until old enough to be properly licensed.”

Meath Sgt Ronan Farrelly said there was a big sense of relief among all the gardaí as Trim was very busy at that time on Saturday night.

Fine Gael Overwhelmingly Back Deal – Now Its Up To Greens...