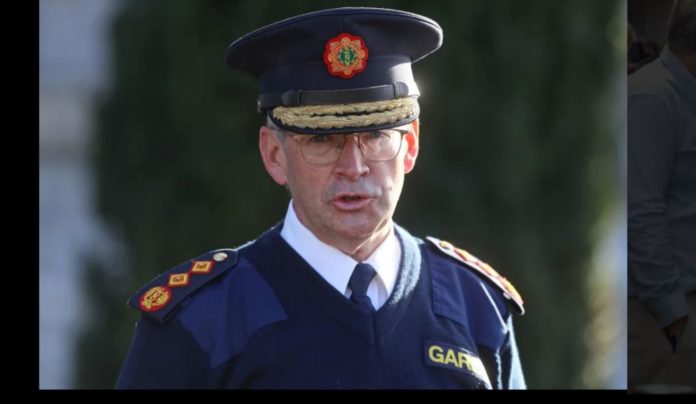 Drew Harris issued this directive after Gardaí said that some business were not legally allowed to serve alcohol in temporary outdoor seating areas. This is because they are not covered under licensing laws.

The directive issued by Harris will mean pubs and restaurants that are operating responsibly will not be penalised or told to shut down for serving alcohol. This also applies even if they are technically breaching licensing legislation.

“tied itself up in knots”

The Government have received their fair share of flack over the “outdoor Summer” shambles.

“It really beggars belief the level to which the government has mismanaged the hospitality industry”, said Aontu leader Peader Toibin. “It has tied itself up in knots”.

“What hope do the pubs and restaurants have of recovery when they can’t even rely on the government to determine the legality of a practice prior to pumping millions into outdoor dining?”.

Confusion had arisen last week, when Gardaí told several pubs and restaurants that they were breaching the law for serving alcohol in the areas.

This also left owners of pubs and restaurants very confused. They had spent thousands on street furniture for outdoor dining.

Adrian Cummins is the head of the Restaurants Association of Ireland. He also urged the government to provide more clarity on the situation.

“We want the Government to step in and give an order so that outdoor hospitality can operate, right across the country”, he said.

“This has to be fixed as soon as possible, or else the Government now needs to fast-forward the reopening of indoor dining”.

He also said that the “government should have known” if it was illegal to serve alcohol in these seating areas.

“This is a deep disappointment for our industry and an impediment to how we operate our businesses”, he also added.

However, a barrister, Constance Cassidy SC said that these premises were not breaching any laws.

“From a licensing perspective, I do not agree that outside drinking spaces are illegal”, she said. “The Licensing Act does not prohibit the drinking or consumption of alcohol, outside licensed premises with a bar in a public place”.

“Absolute confusion” regarding rules on pubs and restaurants

Vice President for the Garda Representative is Brendan O’Connor. O’Connor said that there is “absolute confusion” regarding the rules.

Mr O’Connor also said that Gardaí need guidance and leadership from their own organisation over what is required from them.

The overwhelming majority of licensed premises are operating safely, and we in Government are determined to continue to support them. If local issues arise, I would urge local authorities, Gardai and businesses to engage.

Opposition parties have called on the government to clarify the rules on emergency licensing for pubs.

Sinn Fein TD Louise O’Reilly said that this has made an outdoor summer very difficult for business.

“It is not good enough for government ministers to say discretion and discretion alone will address this situation”, she said. “They must look at using all available legislative powers to resolve the matter immediately”.

Man Has Part Of Ear Cut Off During Assault In Kilmainham