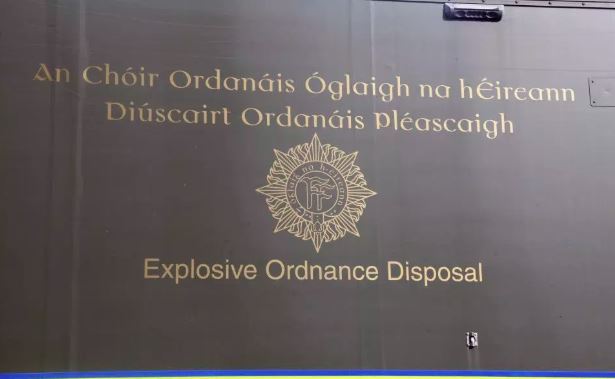 A number of homes were evacuated in Meath this morning after the discovery of a viable explosive device.

It was found in the Brews Hill area of Navan. The Army Bomb Disposal Team arrived on scene at Brews Hill in Navan at 3.20am.

There they discovered a viable Improvised Explosive Device in a vehicle.

A cordon was immediately put in place and houses in the area were evacuated for a number of hours.

The scene was declared safe at 8.25am and the device was removed by disposal experts for further technical investigation.

They’re reminding the public that if they encounter such munitions or suspect items, they’re to always maintain a safe distance and contact Gardaí.