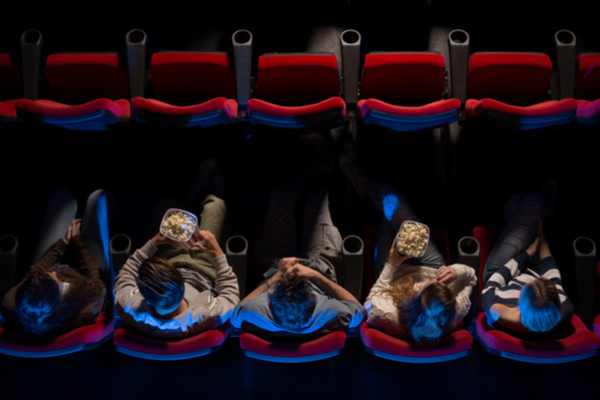 The IFI Horrorthon is back from October 25th to 29th with it’s usual mix of bloody madness and mayhem!

The event opened with the sold out Irish premiere of the eagerly anticipated “Overlord”, produced by J.J. Abrams.

“Overlord” tells a supernatural story of a team of American paratroopers who drop into Nazi-occupied France to carry out a mission that’s crucial to the invasion’s success. While attempting to carry out their orders the soldiers uncover a mysterious lab and enemies unlike anything they or the world has ever seen.

With Kurt Russell’s son Wyatt leading the cast, “Overlord” has all the chemistry of a great war epic  mixed with a full on monster film making it a thoroughly entertaining and frightening new kind of hybrid horror.

There is even a horror musical on Saturday night – possibly the feelgood film of the year! “Anna and the Apocalypse” is a zombie musical comedy that sees a group of school students slashing and singing their way through hordes of the undead.

Tickets are selling fast across a number of screenings including “Anna and the Apocalypse”, “Nightmare Cinema”, “The Devil’s Doorway”, “One Cut of the Dead”, and “Await Further Instructions”.

Individual tickets for Horrorthon films are on sale now in person at the IFI Box Office, by phone on 01-6793477, or online at www.ifi.ie/horrorthon.

Multiple film deals are available priced at €45 for 5 films, or €80 for 10 films, while a range of passes ranging from one- to five-day passes are also on sale.

Bill Murray Applies For Job At Chinese Restaurant And Gets It!