Ireland continues to produce one of the highest rates of university graduates in the European Union.

New figures from Eurostat put us in third place out of 27 States in terms of graduates per capita from cities and rural areas.

Luxembourg remains top with 62 per cent of graduates from cities while the comparable figure in Ireland is 45%.

Ruth Deasy of the European Commission says the Irish remain one of the most educated nations in Europe. 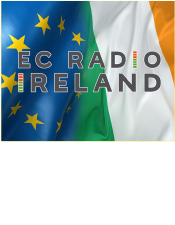 Trump Vegas Bound To Pay Respect To Victims and Responders Of...