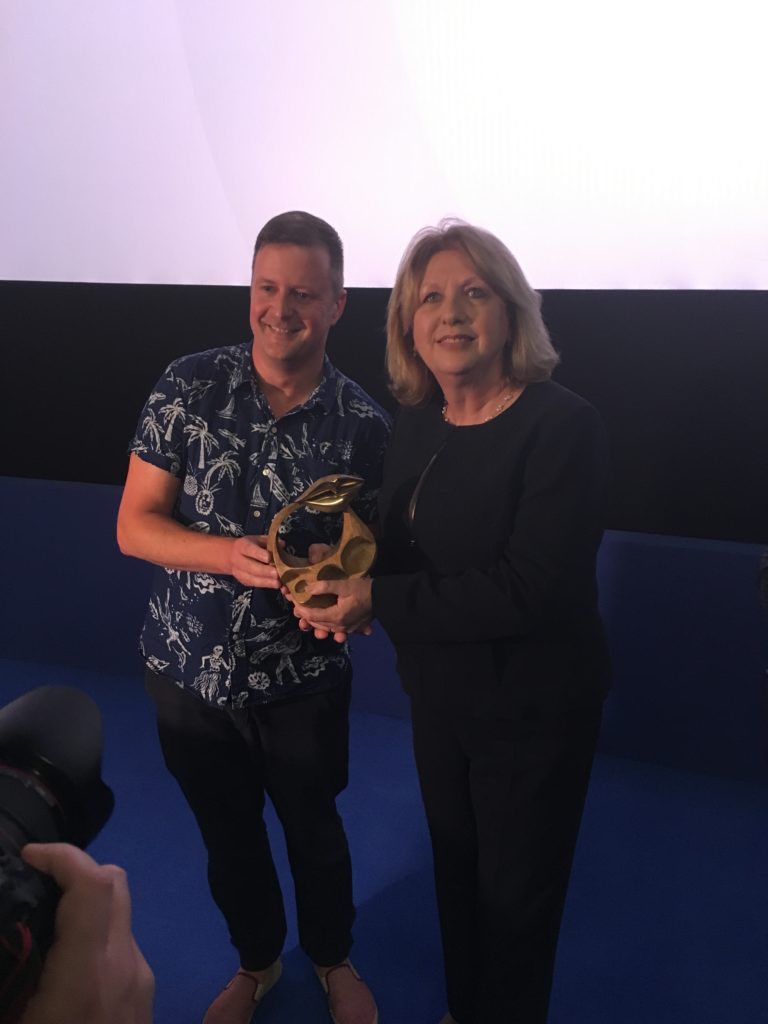 Mary McAleese has expressed hope that Pope Francis will change the Catholic Church’s teaching on homosexuality which she described as “evil”.

The former president of Ireland made her comments as she received the first Vanguard Award at the Gaze film festival in for her support for the LGBT community in Ireland.

HEAR HER COMMENTS IN FULL HERE:

The special Vanguard Award was created this year by the GAZE Film Festival for a person, organisation or ally who has contributed to the LGBT community through their humanitarian efforts or through the arts. The award was presented by filmmaker John Butler on the closing night of the film festival in Light House Cinema, Smithfield

Commenting on the presentation of the award, the Chairperson of the Board of the GAZE LGBT Film Festival Sarah Williams said “We are genuinely humbled that Dr. Mary McAleese has accepted our invitation to be the recipient of the inaugural Vanguard Award.  Dr. McAleese’s unwavering support for the advancement of the LGBT+ community has been widely acknowledged and praised, and we felt very strongly that we wanted to present her with this award this evening to mark her achievements.  The entire team behind GAZE were thrilled when Dr. McAleese informed us she was in a position to accept the award, and while the award is presented from the film festival, it is very much presented on behalf of the entire LGBT+ community to thank her for her outspoken commitment to all of us.  We thank her most sincerely for her continuing efforts as a strong ally.”

Throughout the festival, now in its 26th year, filmmakers discussed their work and met with audiences during Q&A’s following screenings of films that explored a broad range of subjects and stories.  Audiences flocked to Light House Cinema over the weekend since the festival opened on Thursday night, resulting in another hugely successful event.

The closing film of the festival was Love, Scott, the inspirational story of Scott Jones,which follows this young gay musician who was attacked and paralysed from the waist down.  It captures both the trauma and triumph of its character’s journey in a respectful, loving and nuanced way.

Ed Sheeran Has Been Cast To Play Himself In Beatles Inspired...