Home Music What You Need To Know About Stiff Little Fingers At The Academy... 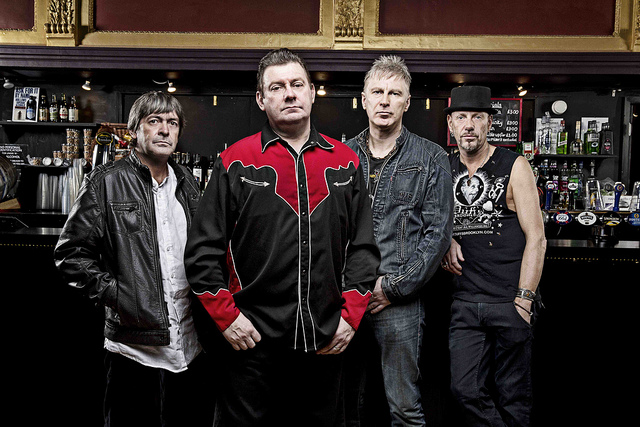 What You Need To Know About Stiff Little Fingers At The Academy This Month!

Stiff Little Fingers recently played a stormer at the Wacken Open Air Festival in Germany last week and after wrapping up a couple of UK dates the band are set to rock The Academy Dublin on Friday 24th August. Tickets are on sale now from here. We’ve compiled a set list below that we reckon the Belfast punk rockers will be unleashing as they raise the roof on the Academy this month!

Formed in 1977 along with the likes of Sex Pistols, The Clash, The Jam, Buzzcocks, Undertones, Sham 69, Stranglers to name a few. Stiff Little Fingers were at the very front of the punk rock movement.

The band wrote about their own lives, growing up during the worst of The Troubles in the North. This was expressed through songs like “Suspect Device” and “Wasted Life”. In November of ’77, they released those two tracks on their own Rigid Digits label, and sent a copy to the BBC’s lgendary Radio One DJ John Peel, who started giving it airplay every night on his show.

These tunes were the first of what would become SLF’s unique style. With lyrics that meld the personal and political, music that mixes the energy of punk with infectious killer hooks,  coupled with a delivery that smacks of sincerity. In 1979 they became the first band ever to hit the UK top 20 album charts backed by an independent label with their awesome debut record Inflammable Material. The LP portrays the band’s frustration and anger at “The Troubles” in Northern Ireland, acting as a call to young people to create their own reality.

Their live shows have continued to be special sonic events of powerful energy. Their studio albums acting as testament to their passion and anger. In ’94 they released the Get a Life LP. That record  helped renew interest in SLF just as bands at the time sited them as a key influence. Bands such as Rancid, Bad Religion, Sugar and Therapy, who were coming to prominence all named SLF as a pivotal inspiration. Exactly 15 years ago in August 2003, Stiff Little Fingers released their ninth studio album, Guitar and Drum, which includes a moving tribute to Joe Strummer, entitled “Strummerville”.

After many studio albums and countless tours, Stiff Little Fingers find themselves more in demand than ever. They are currently working on a new album, and many of the new songs have been debuted at live gigs, with tremendous response from fans.