Home News So Why Did You Tube Shut Down Alex Jone’s Info Wars Channel? 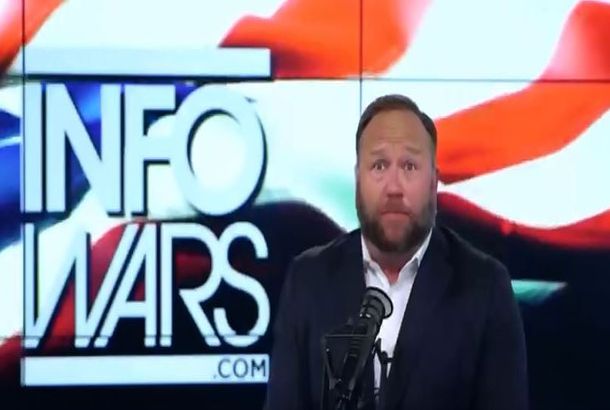 So Why Did You Tube Shut Down Alex Jone’s Info Wars Channel?

YouTube has become yet another platform to pull down conspiracy theorist and radio host Alex Jones’ account for allegedly violating its policies. The Alex Jones channel boasts more than 2 million subscribers and was taken down from YouTube on Monday 6th August .

YouTube’s decision follows straight after similar moves from other major social platforms. Facebook took down four pages owned by the Infowars host earlier on Monday and Apple pulled many of Jone’s podcasts from iTunes and its Podcasts app on the previous Sunday night. YouTube had warned Jones in the past with several “strikes,” but had never executed a complete ban.

YouTube has now removed not just the Alex Jones channel, but all InfoWars channels, including InfoWars Live and InfoWars News. The hosting site had come under growing pressure recently to take action against Jones, who is infamous for spreading conspiracy theories and encouraging the harassment of victims of mass shootings in the States. However, up until now the Google-owned video service has resisted a full-on ban, which is a relatively rare occurrence on YouTube.

Facebook said they were shutting down several of Jones’s pages for “glorifying violence, which violates our graphic violence policy and using dehumanizing language to describe people who are transgender, Muslims and immigrants, which violates our hate speech policies.” Apple said in a statement, “Apple does not tolerate hate speech, and we have clear guidelines that creators and developers must follow to ensure we provide a safe environment for all of our users,” adding, “podcasts that violate these guidelines are removed from our directory.”

Jones sparked a debate in recent weeks about whether Infowars should be given free reign on big social media outlets when he spoke out about Russia investigation special counsel Robert Mueller on his show. On July 24th, Jones aimed a threat at Robert Mueller on The Alex Jones Show, he imitated firing a gun and said,  “That’s a demon I will take down, or I’ll die trying. So that’s it. It’s going to happen, we’re going to walk out in the square, politically, at high noon, and he’s going to find out whether he makes a move man, make the move first, and then it’s going to happen,” Jones said, miming a pistol with his hand. “It’s not a joke. It’s not a game. It’s the real world. Politically. You’re going to get it, or I’m going to die trying, bitch. Get ready. We’re going to bang heads. We’re going to bang heads.”

Jones is also a Donald Trump supporter and promoter. and during the 2016 presidential campaign, Trump guested on Jones’s show, saying Jones’s “reputation was amazing,” and Jones has repeatedly bragged that he is in close contact with the president.

Remember when then-candidate Trump went on Infowars and praised Alex Jones? “Your reputation is amazing,” Trump said. “I will not let you down.” pic.twitter.com/l9nt84xx81

Meanwhile, Alex Jones has reacted to his YouTube ban with a livestream where he tells people to purchase his dietary supplements, calling on people to “Feed your gladiator.” With this YouTube ban in place, Twitter is now one of the last major platforms still available to the chatshow host and conspiracy theorist. On Monday, he spoke out on the Twitter-owned Periscope to protest against  “being banned from the internet.” He urged his supporters to buy his supplements and make memes about the YouTube ban.

🌐 World Exclusive: Alex Jones Responds To Being Banned On The Internet 🚫