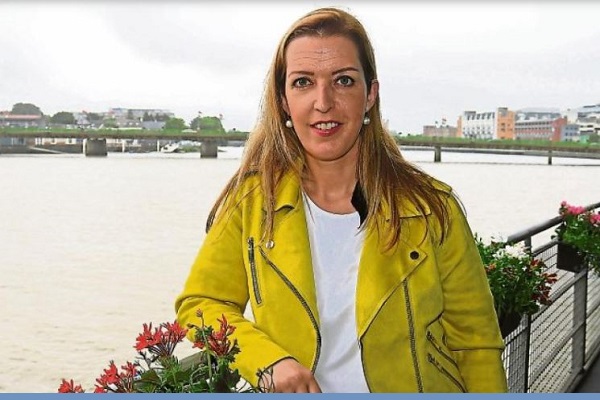 A special memorial service for the late CervicalCheck campaigner Vicky Phelan is taking place in her native Kilkenny today.

Her family have invited the public to attend a celebration of her life in the Church of the Assumption in Mooncoin at 1pm.

Due to the expected large crowds, Gardaí are urging members of the public to carpool if at all possible.

The church has a capacity of just 300, as a result large numbers of attendees will be diverted to the nearby GAA complex where big screens will be live-screening the event.

The memorial can also be viewed online here.

A funeral for Vicky took place earlier in the week. In a statement posted to the Vicky’s Tribe Facebook page during the week, her family said that her funeral was a “very moving and deeply personal gathering” amongst family and friends.

Vicky Phelan is survived by her husband Jim, their children Amelia and Daragh, her parents John and Gaby Kelly and her siblings Robbie, Lee, Jonnie and Lyndsey.

Vicky became the face of the CervicalCheck scandal, as she exposed the errors that were made.

She was diagnosed with cervical cancer eight years ago but was given all clear after long and difficult treatment.

However, in 2018 she was informed that an audit carried out by CervicalCheck found that her 2011 smear test had been reported as a false negative.

The Gardai have created a traffic plan, as they expect the area to be very busy leading up to the memorial.

Traffic approaching from Dublin/Waterford direction will be diverted at Dawn Meats, Grannagh toward parking areas within the factory grounds. A park and ride facility will be provided at this location.

Traffic approaching from the Limerick/Clonmel direction will be diverted at the Tower Road junction from the Piltown Bypass towards the parking area at Piltown GAA Grounds.

A park-and-ride facility will be provided at this location.

Weekend Weather: The Best Of Both Worlds