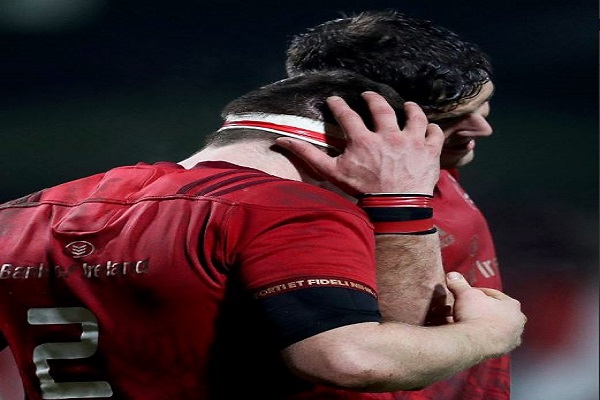 Munster and Ulster are both one win away from a spot in the quarter-finals of the European Champions Cup.

Munster are first up at 1pm,  they host Castres at Thomond Park with a one point lead at the top of Pool 4.

A win of any kind will be enough for the Reds thanks to their head-to-head record with closest challengers Racing 92.

It’s been a chaotic week for Munster,

Gerbrandt Grobler has been under the spotlight with crticism at Munster and Irish Rugby’s decision to give him a contract considering he served a two-year ban for doping.

Peter O’Mahony, Conor Murray, and Johann Van Graan have all come out in support of their player. They believe he has served his time and deserves a second chance.

This was opinion was supported by IRFU CEO Phillip Browne in a press conference on Wednesday. Despite Browne’s insistence that Grobler had made a mistake and endured a ‘torrid time’ he did admit that the IRFU will reconsider their policy regarding the employment of doping players.

Browne refused to elaborate on suggestions that the IRFU and Munster would terminate Grobler’s contract with immediate effect.

Attention will to the Ricoh Arena later where Ulster have a tough assignment away to Wasps who also have an outside chance of reaching the last eight.