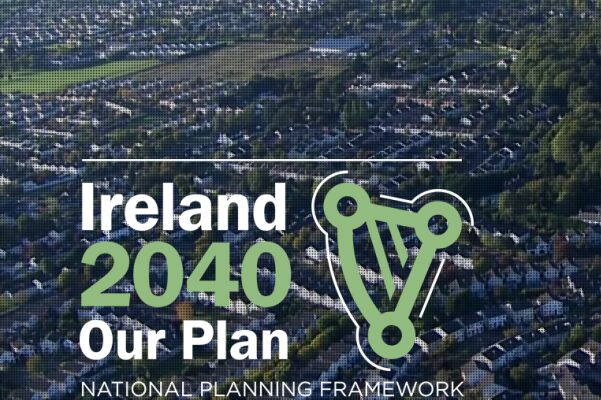 The new national planning and capital expenditure plans contained and encapsulated as ‘Project Ireland 2040’ is now signed off. The plan containing 116 billion euro worth of projects prioritised in capital spending plans, sets out a 23-year vision for the country. Suffice to say there’s been a series of contrasting reactions to today’s announcement.

Fianna Fáil Spokesperson on Finance Michael McGrath has said “In the past few weeks, we have seen substantial turmoil in the international financial markets. The European Central Bank’s quantitative easing programme has completely distorted bond prices and is being wound down. The Federal Reserve has reversed its programme in the United States and all major Central Banks are indicating increases in interest rates.

“This all means that the low interest environment is quickly coming to an end and the cost of funding the Plan announced today is likely to be much higher than would currently be the case. This will come at a time when we will have to refinance over €40 billion of our national debt in the next three years and a time in which we will have to navigate the still unknown consequences of Brexit.

Father Peter McVerry trust CEO Pat Doyle was complimentary of the plans … “It’s great to see such a big and ambitious capital plan proposed and to have a clear goal of 550,000 new homes by 2040. The plan is also a clear signal that we are now in a position to deliver much needed large scale social and infrastructure projects.”

“This plan provides a long term vision to invest in housing and other critical areas such as education which ultimately will have a positive impact on efforts to tackle homelessness. It’s important that within the 550,000 homes to be provided that the appropriate amount of social and affordable homes be provided.”

”It is nonsensical to have included plans for yet another mode of transport for South Dublin while the West side of the city continues to lag behind in terms of congestion and transport,”

Chambers concluded, “It’s quite difficult to comprehend that in approving €7billion of taxpayer money to fund transport projects across Dublin; the Taoiseach overlooked his own constituency.”

Reacting to the Government’s plan, Green Party Leader and TD for Dublin Bay South, Eamon Ryan, said: “We very much welcome the fact that the Government is planning ahead. However, we have real concerns, especially regarding public transport and housing. There is plenty of lofty ambition in the document, but very little detail when you dig down into it.

“The earlier drafts of the National Planning Framework were on the right track – however the loosening of restrictions on one-off housing will see up to 60% of future housing development outside villages, towns, and cities. This, without real, tangible plans for public transport, is a recipe for further sprawl and traffic chaos. The last minute watering down of proposals to concentrate development could undermine the whole plan.

#ireland2040 in one picture! pic.twitter.com/yjGYo3MLsv

A key element of #Ireland2040 is improving our health service infrastructure. I have long fought for a badly needed Endoscopy Unit at Naas General Hospital that would cater for the people of Kildare with a new day ward and oncology services. #Kildare

Initial +ve and -ve reaction to #Ireland2040.
Good news that growth will be facilitated within the existing footprint of cities. Ireland is already a sprawl country, we don't need more.
Concern: Ireland needs 550,000 homes in next 11yrs, not 22. How did they get this so wrong?

Heading home from beautiful Sligo after a great day setting out our plan (1/2)..https://t.co/g2pGDXsU24 #Ireland2040 pic.twitter.com/LFn6fAkX2m

Some of the #PublicTransport sections of the #Ireland2040 plan relevant to Dublin West. Looks like the DART underground has been long-fingered, which is a real pity #dubw pic.twitter.com/P5D4LL5dim

Major infrastructure investment in health service as provided in #ireland2040 plan is critically important to our immediate and future healthcare needs. https://t.co/AyckxpD92F

HSE Boss Has To Plead With Vaccine Resistant Types To ‘Do...