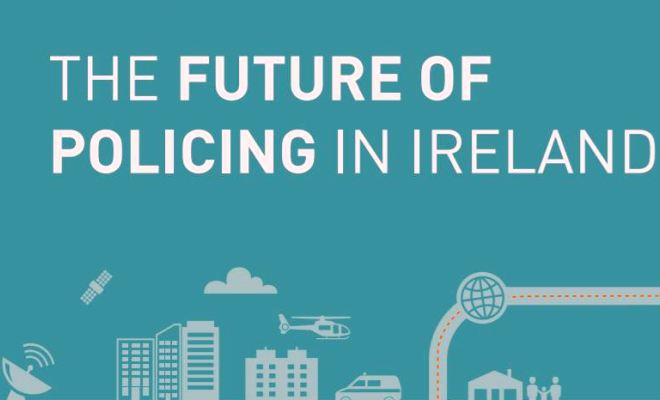 A new report on the future of policing has recommended that there should be an independent complaints body instead of GSOC. The Commission on the Future of Policing in Ireland has made 50 recommendations to improve the force.

Among these are that there should be a new Strategic Threat Assessment Centre headed by a National Security Coordinator. It also recommends that Gardai should wear body cameras and that improvements should be made to technology.

Working with communities, diversity and education are also areas that have been highlighted as needing attention.

The main reforms of policing in Ireland are:

Commissioner Drew Harris gave his backing to the Commission on the Future of Policing in Ireland report and to its findings:

“I very much welcome the report published today by the Commission on the Future of Policing in Ireland.

The report has been written for the benefit of the people of Ireland and will help to deliver better policing.

It will be the roadmap for our policing partners and An Garda Síochána for the next three to five years.

I would like to thank the Chair, Kathleen O’Toole and the members of the Commission, for the time and effort they have contributed to providing this important report.

Their very significant experience and expertise will be of great assistance to An Garda Síochána as we shape our policing service for the future.

The report has over 50 recommendations and many more points of good practice. Some of the recommendations outline significant cultural, staffing, structural and system changes. As such, it is important that we carefully consider the implementation of this report”.