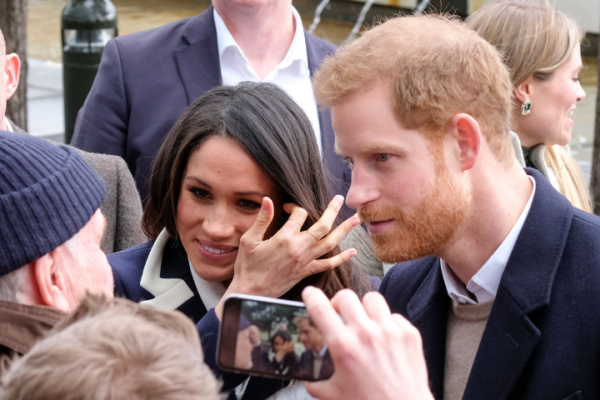 In the much anticipated tell-all documentary which is bound to leave members of British Royal Family on tenderhooks, Prince Harry has spoken about the “feeding frenzy” which existed when he began dating Meghan Markle.

The Duke of Sussex can be heard describing this frenzy as, “basically the hunter versus the prey”.

According to the Royal his relationship with Meghan “became a combination of car chases, anti-surveillance driving and disguises, which isn’t a particularly healthy way to start a relationship but we always came at it with as much humour as possible”.

“Whenever we saw each other we would give each other a massive hug and try and have as much of a normal life as possible”, he added.

Prince Harry also claimed that he expressed these concerns over the safety of his wife and first child to his family.

“It’s the nature of being born into [the Royal Family]”, he stated.  “The level of hate that has been stirred up in the last three years, especially at my wife, and my son, I’m genuinely concerned for the safety of my family”.

On the family’s response to this concern, Harry revealed, “But what people need to understand is as far as a lot of the family were concerned, everything she was being put through, they had been put through as well”.

“So it was almost like a rite of passage and some of the members of the family were like, ‘My wife had to go through that so why should your girlfriend be treated any differently? Why should you get special treatment? Why should she be protected? And I said the difference here is the race element”.

The documentary also shows Meghan Markle claiming that she was harrassed on social media, including receiving a death threat in Toronto.

“I would say to the police, if any other woman in Toronto said to you I have six grown men who are sleeping in their cars around my house who follow me everywhere that I go and I feel scared, wouldn’t you say that it was stalking?”, she said.

“And they said yes, but there’s really nothing we can do because of who you’re dating. I was like, so I’m just supposed to live like this? And then I got a death threat and things changed because I needed to have security”.

Over the past few years, Prince Harry’s criticism of his family has drawn criticism from several household names across the music industry, including Noel Gallagher. Find out what he said here.

Morrissey Less Than Impressed With Simpsons Sending Up The Smiths