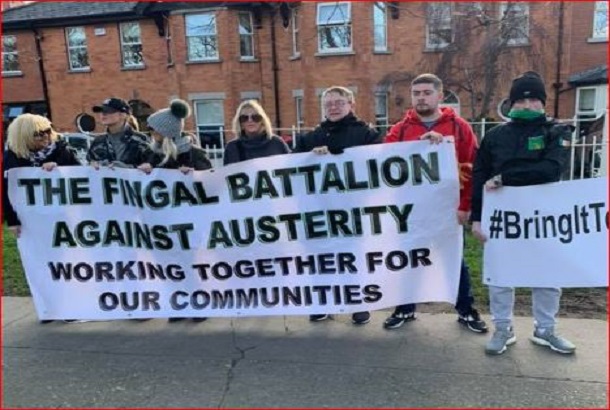 Protestors have gathered outside the house of Minister Richard Bruton. It comes after both the Health Minister’s and the Taoiseach’s private homes were targeted.

Around ten members of the ‘Fingal Battalion Direct Action Group’ are on the footpath outside the Communication Minister’s property in North Dublin. In a post on Facebook, one member of the group described Mr. Bruton as “another pillar figure” in this Fine Gael-led country.

They are holding banners reading “bring it their doors.” This protest comes after a separate demonstration last night at the private apartment complex in Dublin 15 where An Taoiseach Leo Varadkar lives.

This day last week, a group congregated outside Simon Harris’ home in Greystones, which the Health Minister described as an act of both “intimidation and thuggery.”