Radio Nova’s on and off air team joined the cream of the broadcasting industry for this year’s IMRO Radio Awards at Lyrath Estate in Kilkenny.

Lucy Kennedy won the red carpet on the night in a glittering black gown by Irish designer Synan O Mahony.

Radio Nova won bronze for The Saturday Soundtrack with Peter Devlin and the bronze award for Specialist Music Broadcaster of the Year was awarded to Kieran McGuinness. 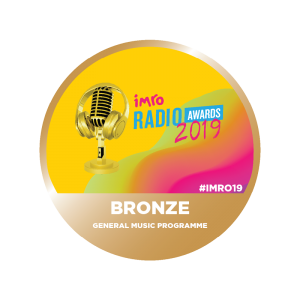 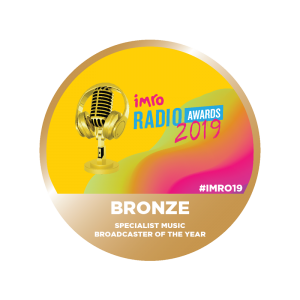 Peter Devlin attended the evening with wife Lorraine Keane dressed in an orange slip dress that was a Fashion Relief buy donated by Roz Purcell which she picked up for just €50!

This year some 652 entries were received for IMRO Awards and following a revamp of the judging, head judge Peter McPartlin drafted in over 105 judges from both within and outside the industry to listen to hundreds of hours of radio programming.

Speaking about the significance of the event, Chair of the IMRO Radio Awards committee, Tom McGuire said: “The opportunity to recognise and honour excellence in radio broadcasting across the island is what the IMRO Awards gives the industry.  The reach of radio in Ireland is up there with the highest internationally and that’s a tribute to all programme makers and a loyal audience. Long may the wireless continue to have the ear of the nation.”

Eleanor McEvoy, IMRO Chairperson said “Each nominee for the IMRO radio awards, knows that they have been put forward by their fellow professionals in radio. I think that this is why the awards are so appreciated and sought after. It’s why the IMRO radio awards have become the most important event in the Irish broadcasting calendar.”