A murder investigation has been launched in Argentina after the death of the iconic Diego Maradona last year.

Seven medical professionals face an investigation into “simple homicide with eventual intent” following the death of the country’s greatest ever footballer.

The World Cup winning captain from 1986 died at the age of 60 on November 25th last year having suffered a heart attack at his home in Buenos Aires. Just two weeks prior to that, Maradona had undergone brain surgery.

The San Isidro’s prosecutors’ office have asked the judge that the individuals involved should not be allowed to leave the country.

Audio recordings of private conversations between doctors and Maradona’s team were leaked, and indicate that the he may not have been properly looked after before his death.

Leopoldo Luque, the neurosurgeon who performed the successful brain operation on Maradona, psychiatrist Agustina Cosachov, two nurses, a nurse coordinator, a doctor and a psychologist have all been charged.

Luque and Cosachov have denied any wrongdoing. The prosecutors’ office appointed a medical board to see if there was evidence of Maradona’s medical team committing culpable homicide.

The medial board’ report considered that Maradona’s medical team behaved in an “inappropriate, deficient and reckless manner” and left him “to his own devices”.

The autopsy report showed that Maradona died of acute pulmonary edema, a build-up of fluid in the lungs, because of congestive heart failure.

There was no alcohol or illegal substances detected in the toxicological report but there was psychotropic drugs used to treat anxiety and depression.

Maradona’s family has called for justice and believe Luque to be among those responsible for his death. The accused will begin to testify from May 31. 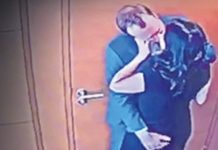