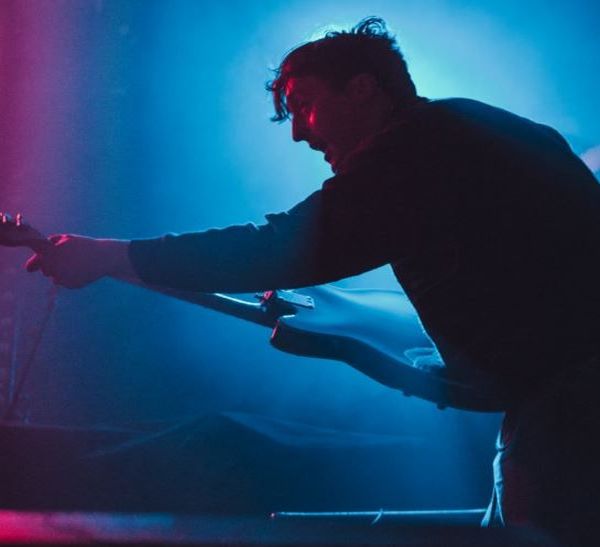 Boy Azooga’s shape-shifting musical mystery tour will kick off this Autumn. The band have announced a headline show for The Grand Social, on Friday, October 5th!

Boy Azooga aka Davey Newington has also shared the video to Jerry, the latest track to be taken from their debut album, ‘1,2 Kung Fu!‘ The record is released on Heavenly Recordings on Friday, June 8th 2018. The video for Jerry is available to listen to below.

Speaking about the delightful video, directed by Toby Cameron and shot at Cardiff’s dog home, Davey Newington said:  “Jerry is one of the oldest songs on the album. I took inspiration from a song called ‘Do I Get So Shy by Shoes‘, it’s understated and calm with sweet lyrics. I like how the singer is asking questions in the lyrics of that song, it makes it more vulnerable.”

‘We filmed the video in Cardiff Dogs Home, both dogs featured (Bander and Winston) have now been re-homed if you were wondering. The guys at Cardiff Dogs Home love people to go in and visit and meet the dogs. Check out the links below to see which dogs are currently in need of a home.’

Announcing themselves to the world with the elastic-funk, Onyeabor-inspired Face Behind Her Cigarette in early November last year, the tune caught the attention of Mike D of the Beastie Boys who interviewed Davey for his Beats 1 show, the band most recently released, Loner Boogie, an infectious swampy-fuzz of an ear worm and one of the best two minutes of music you’ll hear this year.

Tickets cost €13 including booking fee and are on sale Wednesday, 2nd May at 9am