Home Music News Video: Music Show At US Restaurant Results In $1,000 In Damages! 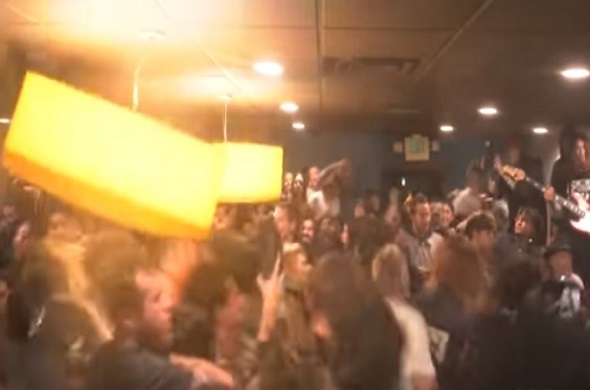 A daring young promoter booked a hardcore band for a show at a Denny’s restaurant in Santa Ana, California, last weekend.

The resulting mosh turned into an absolute frenzy of hardcore abandon. According to CoS the band Wacko played a 20-minute set at the restaurant what ensued was total carnage!

Fan footage reveals absolute chaos as the band played on tables. At one point, two giant lamps can be seen swinging just inches above the heads of avid revellers in the mosh pit.

WHAT THE FUCK IS UP DENNYS pic.twitter.com/ycouJnBDnm

It’s understood there was s significant damage to the lighting, resulting in the restaurant asking for $1,000 in damages.

However, the 17-year-old promoter coughed up the money via a successful GoFundMe campaign.

Dave Grohl Says Daughter’s Generation To “Create The Next Revolution”