Home Entertainment WATCH: IT Chapter Two – The Family That Scares Together Stays Together 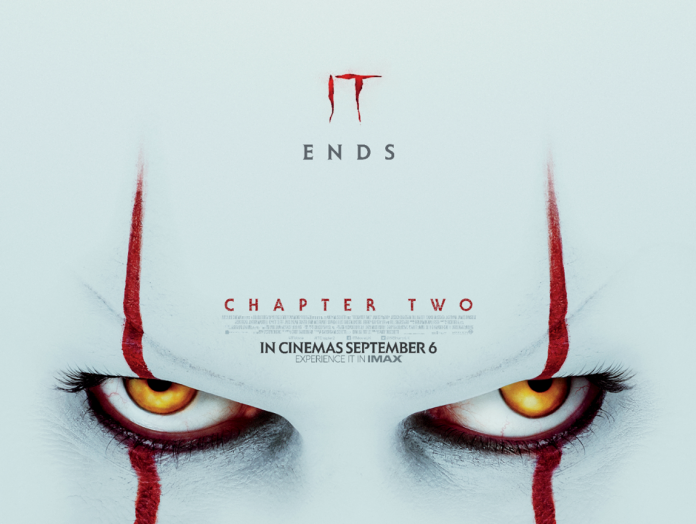 The Director/Producer, Brother/Sister duo: Andy & Barbara Muschietti have reunited the Losers Club for a return to where it all began in Derry with “IT Chapter Two,” the conclusion to the highest-grossing horror film of all time.

Twenty-seven years after the Losers’ Club defeated Pennywise, he has returned to terrorize the town of Derry once more. Now adults, the Losers have long since gone their separate ways. However, people are disappearing again, so Mike, the only one of the group to remain in their hometown, calls the others home. Damaged by the experiences of their past, they must each conquer their deepest fears to destroy Pennywise once and for all…putting them directly in the path of the shape-shifting clown that has become deadlier than ever.

The film is the Muschietti’s follow-up to 2017’s critically acclaimed and massive global box office hit “IT,” which grossed more than $700 million worldwide. Both redefining and transcending the horror genre, “IT” became part of the cultural zeitgeist.

Prior to “IT,” the Muschiettis made their feature debut with the horror hit “Mama,” based on
their own short film of the same name. Andy Muschietti directed the film from a screenplay he co-wrote with his sister, producer Barbara Muschietti, and Neil Gross. The film, which starred Jessica Chastain and was executive-produced by Guillermo del Toro, became one of the top earners of 2013. It was honored with the awards for Best Film and Best Director at the Fantasporto Film Festival and won Best Film and the Audience Award at the Gérardmer Film Festival.

Andy Muschietti is rumoured to be in talks to direct the action-adventure project based on the DC Comics superhero “Flash” while Barbara Muschietti, will produce, joining Michael Disco on the project.

Electric Picnic Tickets For 2019 Go On Sale At 9am