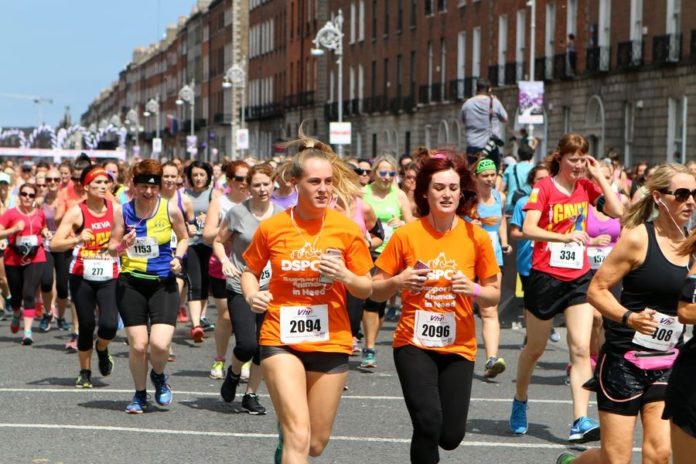 The Women’s Mini Marathon is taking place across Dublin city centre and the southside of the city.

If you’re trying to navigate your way around the road closures, traffic is being diverted on several routes.

Closures at Fitzwilliam Square are to due be lifted at 5, with most roads closed at Merrion Square reopening an hour later.

On the southside of the city then, the Stillorgan Rd is back fully open at 5 O’Clock.

That includes the Donnybrook and Morehampton Roads through Donnybrook Village.

Dawson Street and Kildare Street are due for reopening at 6 this evening.

Over 20,000 people are running this year. It’s the first time the 10 kilometre event has returned to the streets of the capital in person since 2019.

A small group of women who have taken part in all forty Mini Marathons were celebrated before the race started.