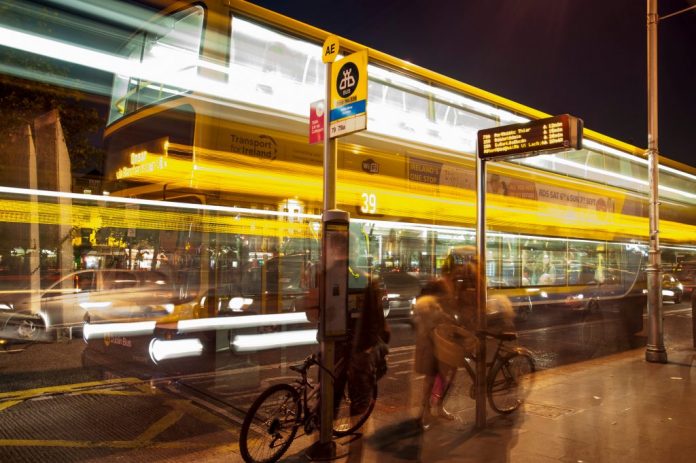 A 2-year-old boy was covered in glass after an incident on the 45a bus in Dublin last night.

The toddler was travelling with his parents when a stone was thrown through the window.

The boy was covered in glass when the stone smashed through the window yesterday evening.

The bus which is operated by private company Go Ahead was travelling through Loughlinstown at the time.

He says they’re lucky to have escaped with only minor scratches and splinters, but spent the evening picking glass out of their son’s buggy.

In a statement Go Ahead say the safety of their drivers and passengers is paramount and has launched an investigation.

Whale That Washed Up In Dublin Is Buried