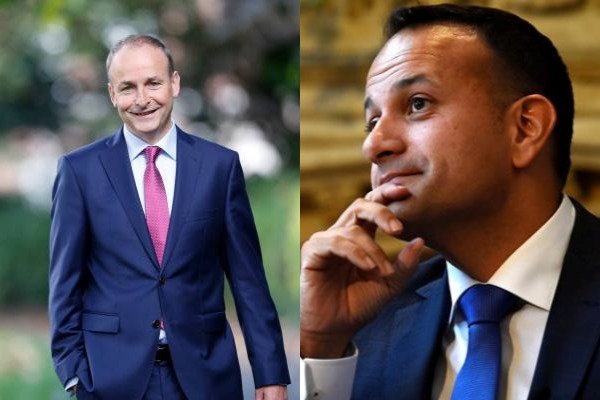 Leo Varadkar and Micheál Martin have signed off on a framework for going into government together.

The Fine Gael and Fianna Fáil leaders approved the document put together by their negotiating teams.

Messrs Varadkar and Martin met this afternoon to approve a framework document put together by the negotiating teams for both parties.

It includes broad brush strokes of what they want to do in government together when it comes to housing, the healthcare system and childcare among other things.

While the response to the COVID-19 pandemic will play a big part in any deal.

But despite the two leaders agreeing – this is far from done. The document has to go to both parliamentary parties for their approval.

It will then be circulated to the Greens, Social Democrats, Labour and Independent TDs as they try to convince them to become part of the next government.

At the moment all other comers say they’re not interested – but both Varadkar and Martin have said they will need a third party involved to provide a stable government that can deal with all the coming challenges.

A statement published on the Fine Gael website following the meeting said: “Both leaders met this morning and agreed the framework document. Both leaders will brief their respective parliamentary parties tomorrow.”

The two parties, traditionally rivals, will need the support of at least one other smaller party, or eight independent members of the parliament, to secure a majority.