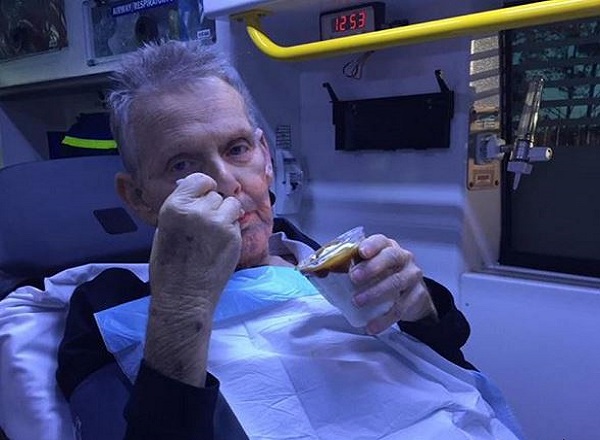 In Australia, two ambulance officers have received praise for a kind and simple gesture for a dying man. According to a Facebook post from the Queensland Ambulance Service, 72-year-old Ron McCartney made his way to hospital for palliative care last week.

His wife, Sharon, informed officers he had been eating very little in the two days running up to being taken to hospital. According to Mashable, the officers asked Ron to tell them exactly what he’d want to eat, if he could have anything.

Ron’s answer? A simple caramel sundae. The officers, Kate Hanafy and Hanna Hoswell, stopped off at a McDonald’s to pick up the special treat.

People took to Twitter to praise the ambulance workers,

Awww this has brought tears to my eyes. Such beautiful kind people. 💕😢👏

QAS officers to the rescue. Something so simple that means so much. Such an amazing profession to care for us in our most vulnerable of times.

A very sweet thing for the officers to do.

Tom Hanks Returns To Australia To Resume Filming On The Elvis...