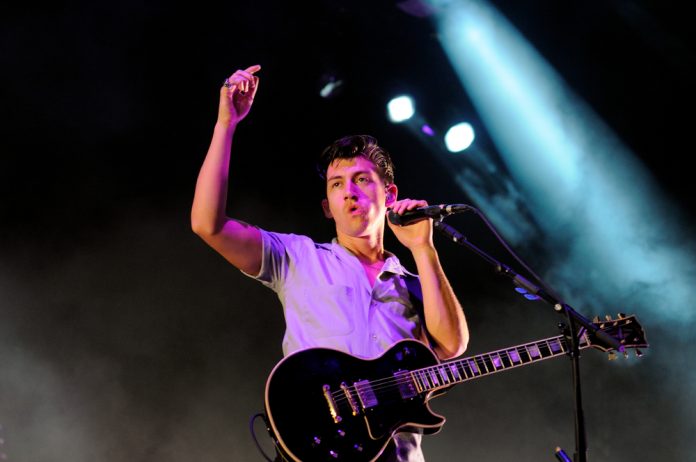 Arctic Monkeys are to release a new live album from the band’s performance at London’s Royal Albert Hall in 2018. The new album will be released on December 4th.

The Sheffield band played the gig in order to raise funds for War Child. They have said that all proceeds from the new album will also go to War Child.

Speaking about the new album, the group tweeted “On June 7 2018 we played a special show at London’s Royal Albert Hall. All proceeds from that night were donated to War Child in support of the vital work they do protecting, educating & rehabilitating children who have experienced the trauma of conflict and the horror of war”.

The band added in another series of tweets “The situation that was bad in 2018 is now desperate and those children and their families need our help more than ever.

To enable War Child to reduce their funding deficit and continue their valuable work, we are releasing a live album, recorded on that evening. All proceeds will go direct to the charity.”

War Child are a charity organisation that aims to protect, educate, and stand up for the rights of children caught up in war. The organisation was set up in 1993 after film makers David Wilson and Bill Leeson were horrified at the scenes they saw in the former Yugoslavia. To find out more about the charity, click here.

You can watch the trailer for the new album below. The release consists of multiple editions. The vinyl comes in different colours for different packages, some of those packages also includes CDs and there is also the option to buy a photo book of the concert. For more information click here.

In other charitable news, Arctic Monkeys frontman Alex Turner sold one of his guitar to raise funds for a Sheffield music venue. Turner sold his black Fender Stratocaster guitar for a whopping £128,544. All proceeds went to The Leadmill music venue in the UK’s Steel City. As well as Arctic Monkeys, other huge bands like Pulp, Coldplay, Oasis, The Stone Roses, Muse and Arcade Fire have played the concert venue.

Earlier this month, rumours began to circulate that the Arctic Monkeys were working on a new album. Photographer, Andreas Neumann posted pictures on Instagram of drummer Matt Helder in the studio at his drum kit, surrounded by keyboards and amps. Arctic Monkey’s last album was the 2018 effort ‘Tranquility Base Hotel and Casino’. The reception for the album was mixed so fans will have high hopes for the next Monkey’s album.

On June 7 2018 we played a special show at London’s Royal Albert Hall. All proceeds from that night were donated to @warchilduk in support of the vital work they do protecting, educating & rehabilitating children who have experienced the trauma of conflict and the horror of war. pic.twitter.com/nsGsbLprc3

Track listing for ‘Live At The Royal Albert Hall’.