Home Fun Stuff Competitions Arnie is back, in 3D and with your chance to win €500! 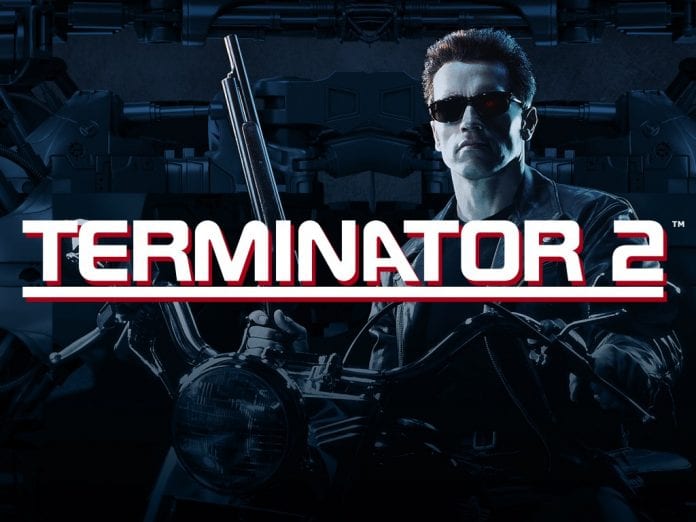 To celebrate the new release Marty & Conor are giving away €500 to the person who can do the best Arnie Terminator 2 impersonation. Send in a video of you doing your best line from the movie to [email protected] or WHATS APP them on 087 18 18 100.

Along with the €500 that will be given away on “Judgement Day: August 29”, there is also 5 runner up merch packs up for grabs which include a Quad -Blu-ray bundle: Robocop, Total Recall, Non-Stop – Official T2 t-shirt and tickets to see TERMINATOR 2: JUDGMENT DAY 3D

Having originally hit screens in 1991, complete with groundbreaking special effects, TERMINATOR 2: JUDGMENT DAY became Arnold Schwarzenegger’s most iconic role to date, as well as one of the most quotable scripts of the decade. This brand new 3D version will blast the seminal blockbuster into the 21st century and introduce it to a brand new generation of fans.

It has been 10 years since the events of Terminator. Sarah Connor’s ordeal is only just beginning as she struggles to protect her son John, the future leader of the human resistance against the machines, from a new Terminator, sent back in time to eliminate John Connor while he’s still a child. Sarah and John don’t have to face this terrifying threat alone however. The human resistance have managed to send them an ally, a warrior from the future ordered to protect John Connor at any cost.

The battle for tomorrow has begun…

The original 35mm negative was scanned and then restored in 4k at Deluxe L.A., under the supervision of Geoff Burdick from Lightstorm. The film was calibrated in 4k by Skip, James Cameron’s colorist, at Technicolor Hollywood, with a selection of the best 35mm prints from the film’s first release. The film was then converted into 3D by Stereo D (Star Wars, Avengers: Age of Ultron, Jurassic world).

This work lasted almost a year and was monitored daily by Lightstorm’s teams, to produce a high-end 3D version at the level of the latest 3D releases from U.S. Studios. The 3D version then benefited from a calibration and a specific finish at Technicolor Hollywood, still under the supervision of Skip and James Cameron himself.

The restoration project was initiated by Lightstorm, James Cameron’s production company, DMG Entertainment and STUDIOCANAL. James Cameron’s team oversaw this 3D conversion from start to finish. This highly experienced and award-winning team had already supervised Titanic‘s 3D conversion and is currently working on the Avatar sequels.