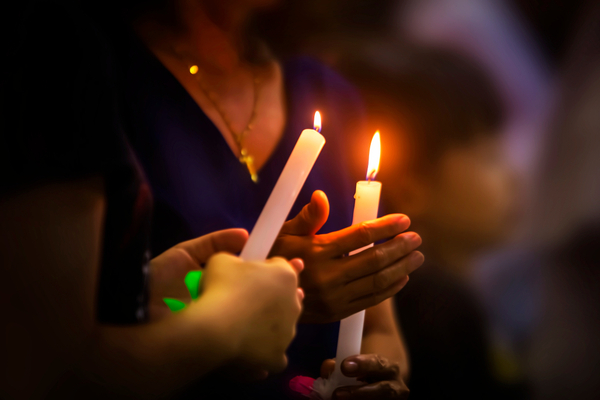 Vigils are set to take place across Ireland as people gather to mourn the loss of primary school teacher, Ashling Murphy. The 23-year-old was killed yesterday afternoon as she jogged along the banks of the Grand Canal at Cappincur in Co Offaly.

Vigils have begun this evening with people in Galway gathering in Eyre Square from 6pm this evening, although the majority are organised for Friday and one for Saturday. Vigils will continue over the weekend with the National Women’s Council of Ireland will hold a gathering outside the Dáil in Dublin on Friday afternoon.

“Ashling Murphy was killed yesterday when she was on a jog, in broad daylight. There has been a huge outpouring of grief and support across Ireland for Ashling and her family,” the NCWI said.

“Tomorrow at 4pm, around the time Ashling was killed, we will hold a vigil to remember Ashling and to support all who knew and loved her. Women must be safe in our homes and our communities. Join us and call for an end to men’s violence against women.”

The NWCI has also confirmed vigils will be held in Tullamore, Galway, Limerick, Cork, Clonmel, Carlow, Belfast, and Derry.

Ashling Murphy’s hometown of Tullamore, Co. Offaly, has experienced an eerie feel to it since the devastating murder took place. Locals have spoken of the sense of devastation, as well as confusion over the complete “randomness” of the attack.

According to Gardaí, “no stone will be left unturned” in the battle to bring Ashling Murphy’s suspected killer to justice. As Nova reported earlier, a man in his 40s has been arrested in connection with the murder. People across the county have shown their condolence, paying tribute to the young teacher with bouquets of flowers left on the bank of the Grand Canal.

Principal of Durrow National School, James Hogan described the recently qualified, first-class teacher as “a shining light”. “Her pupils adored her,” he said, adding that children came into school on Thursday morning with tears in their eyes.

Several hundred people have attended a candle-lit vigil in memory of Ashling Murphy in Galway tonight, RTÉ reports. Students and fellow members of the public gathered at the Browne Archway at the top of the public plaza.