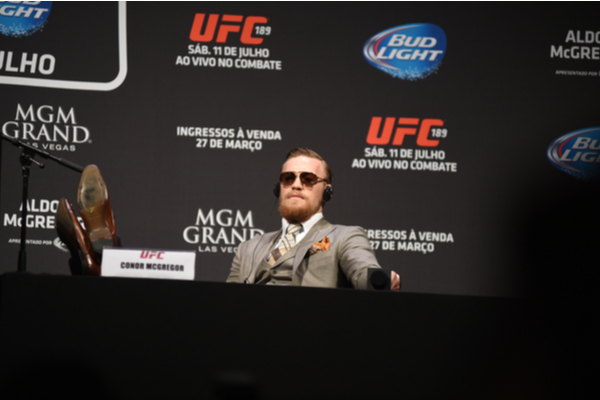 A Dublin pub, owned by Conor McGregor, had been targeted on Wednesday night as petrol bombs were thrown at the premises on the Drimnagh Road. Gardaí confirmed that they are investigating an “incident of attempted criminal damage” in Dublin 12. It is understood this occurred at the rear of the property, although the suspected petrol bomb failed to ignite.

According to Gardaí, no damage had been caused by the failed petrol bomb and they are currently investigating the incident. No arrests have been made, so far, and Gardaí will review CCTV footage from the area as part of their inquiries.

It has been reported that McGregor had been entertaining guests to a taste-testing evening in the Irish capital at the time of the attack. Social media posts from the former UFC champion confirmed that he had been at the venue on Wednesday. Although damage has been minimal, Gardaí are still encouraging any witnesses in the area to come forward.

A spokesman said: “Gardaí are investigating an incident of attempted criminal damage at a licenced premises on the Drimnagh Road, Crumlin last night, Wednesday, January 12, 2022. No damage was done to the premises. Gardaí are appealing for witnesses in relation to this incident. Gardaí are particularly keen for anyone with camera footage from the area overnight to make this available to them. Anyone with any information is asked to contact Crumlin Garda station on 01 666 2000, the Garda Confidential Line on 1800 666 111 or any Garda station,” the spokesman added.

Black Forge Inn had been purchased by McGregor back in 2020, later spending a further €1million on renovations and turning it into a popular city location. The UFC star also recently secured planning permission to expand at the rear of the venue with 10 planning conditions attached by the council. The sums spent so far on the property are modest for ‘Mr Notorious’, who reportedly earned €149million between 2020 and 2021.

Liverpool Out Of FA Cup Despite Video Ref