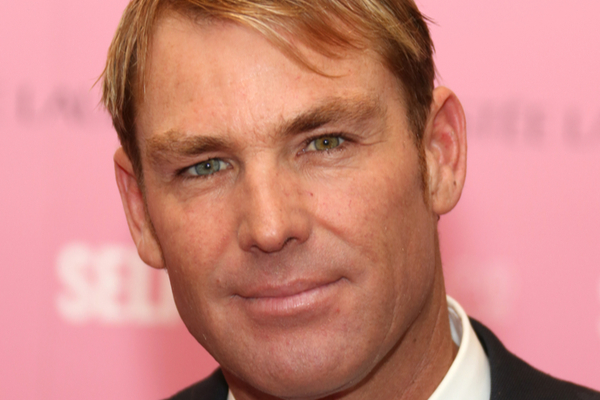 Cricket is in mourning, as legend Shane Warne has died after suffering a heart attack at the age of 52.

Shane Warne is one of the greatest leg-spinners of all time. His record of 708 Test Match wickets is only surpassed by Sri Lanka’s Muttiah Muralitharan.

Making over 300 appearances for his beloved Austrailia, Warne also took 293 One-Day international wickets during his career. He has also taken more wickets than any other player in Ashes history, with 195.

Warne will also be remembered for helping Austrailia to cricket World Cup glory in 1999.

He made his debut for Austrailia in 1993 against India. This game also saw him deliver the “Ball of the Century”, which he bowled a delivery to Mike Gatting which pitched outside leg stumped.

It also went on to hit the top of the stump and bowl out the England star.

News of Warne’s death was confirmed by his management, who released this statement.

“It is with great sadness we advise that Shane Keith Warne passed away of a suspected heart attack in Koh Samui, Thailand today, Friday 4 March”, they said.

“Shane was found unresponsive in his villa and despite the best efforts of medical staff, he could not be revived”.

“The family requests privacy at this time and will provide further details in due course”.

The news has sent shockwaves around the world of sport with fellow cricketers and other sports stars paying tribute to a legend.

Former footballer and Match of the Day presenter Gary Lineker was one of the first to pay tribute to Warne.

“Terribly saddened and shocked to hear the news that Shane Warne has died. The greatest spin bowler of all time. Can’t quite believe it. RIP Shane”, Lineker wrote.

Terribly saddened and shocked to hear the news that Shane Warne has died. The greatest spin bowler of all time. Can’t quite believe it. RIP Shane

Goodness me, this was his last tweet. Two of Australia’s cricketing greats in the space of a few hours. So sad. https://t.co/sWFGDh7My7

“Sometimes it’s difficult to remember people who you idolize are human”, West Indies star Carlos Brathwaite added. “It’s impossible to think they’ll leave us. Such a young age with so much more to give to our game. This is a big loss to the cricketing world. RIP Shane Warne”.

Former Pakistan star Shoaib Akhtar also wrote, “Just heard the devastating news about legendary Shane Warne passing away. No words to describe how shocked & sad i am. What a legend”.

He added, “What a man. What a cricketer”.

Journalist Piers Morgan also wrote, “Absolutely devastated to hear that @shanewarne23 has died from a heart attack aged just 52. He was a genius cricketer, a supreme entertainer, a fantastic bloke and a great loyal friend for many years. Just gutting news. RIP Warnie, I loved every minute in your company”.

Absolutely devastated to hear that ⁦@ShaneWarne⁩ has died from a heart attack aged just 52.
He was a genius cricketer, a supreme entertainer, a fantastic bloke and a great loyal friend for many years.
Just gutting news.
RIP Warnie, I loved every minute in your company. pic.twitter.com/RCUGuTU4Gm

Oh no ! News that shakes you and stops you right in your track. RIP Shane Warne ❤️❤️

One of the greatest of all-time.

A legend. A genius.

"Whenever he came to the wicket, change came over the game of Cricket"

My mind just cannot accept that Shane Warne is no more. Gone too soon.. Thoughts and prayers with his family and friends..RIP Warnie 🙏🏻 pic.twitter.com/YgfvY1WaS0

This news comes after it was confirmed that music legend Mark Lanegan passed away last month.