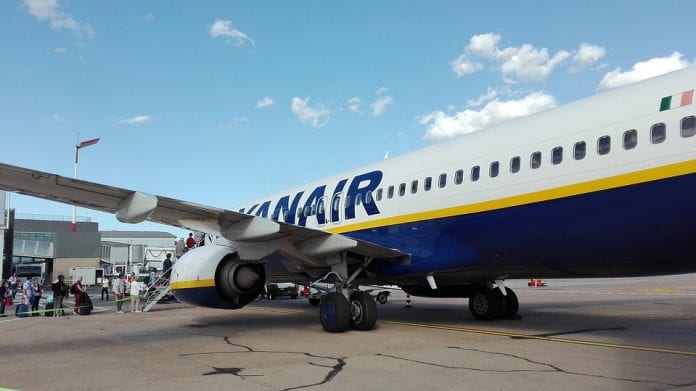 Over 140 passengers were made to get off a Ryanair flight following a seizure by French authorities. The plane was grounded owing to an issue regarding an unpaid debt. French officials brought a bailiff to the plane just minutes before it began to disembark yesterday from Bordeaux-Mérignac.

Just under 150 passengers were forced to leave the plane and were made to spend roughly five to six hours before resuming their journey to London. According to reports, Ryanair was meant to remunerate French authorities €525,000 Euro following a ruling from the European Commission which stated that the airline must repay subsidies it received in error from the regional authority over ten years ago.

The ruling from the commission was made issued back 2014 but the airline had made no attempt to address repayment of the debt. Following the decision to ground the plane the debt was paid in under 24 hours. According to the president of the French regional airport authority said the airline had attempted to haggle over the price.

“They owed us €525,585.05 and they paid €524,907.80 – which is the sum fixed on September 15th.” The president confirmed that the payment wasn’t inclusive of interest gathered since that start date. The DGAC civil aviation authority said,

“Such stinginess, but we won’t take the matter any further. This measure was taken as a last resort by the French authorities after several reminders and attempts to recuperate the money failed.”
The authority concluded that it was “regrettable” that the passengers were delayed.

Health Minister Warns Yes Vote On Abortion Is Not Guaranteed