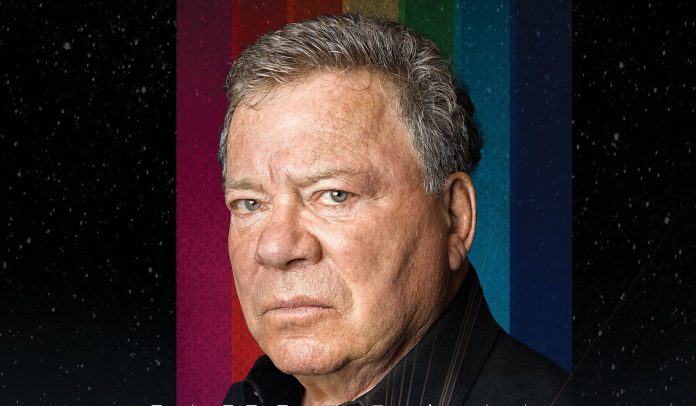 The man the world came to love as “Captain James T. Kirk” in the television series Star Trek, William Shatner, is heading to Bord Gais Energy Theatre on 10th March 2020.

Audiences will enjoy a screening of the classic film “Star Trek II: The Wrath of Khan” on the big screen, followed by a live conversation with the star where fans will also have a chance to ask Mr. Shatner a question.

William Shatner will be sharing fascinating and humorous stories from portraying the original Captain Kirk in the “Star Trek” television series and movies, and from his career spanning over 50 years as an award-winning actor, producer, director and writer.

Tickets go on sale this Friday 2nd August at 9am from all usual Ticketmaster outlets Nationwide and on line at www.ticketmaster.ie

A limited number of VIP tickets will be available which include premium seating and a photo opportunity with Mr. Shatner.

In 1966, Shatner originated the role of “Captain James T. Kirk” in the television series Star Trek, a show that spawned a feature film franchise where Shatner returned as Captain Kirk in seven of the Star Trek movies, one of which he directed.

He has also won Emmys and a Golden Globe for his portrayal of lawyer “Denny Crane” on both The Practice and Boston Legal.

His love of music inspired him to record the critically acclaimed album Has Been. William Shatner’s book, Leonard: My Fifty-Year Friendship with a Remarkable Man, appeared on the NY Times Bestseller list,  and his newest book, Spirit of the Horse: A Celebration in Fact and Fable, was released in May 2017.

Shatner continues to act, write, produce and direct while still making time to work with charities and further his passion in equestrian sports.  He and his wife, Elizabeth and three married children live in Los Angeles.

Set phasers to stun and beam yourself to @BGETheatre on 10th March 2020 for an unforgettable night with the one and only @WilliamShatner, live on stage. Tickets go on sale this Friday at 9am >>> https://t.co/dUKyUqxdxW #WilliamShatner #StarTrek #WrathOfKhan pic.twitter.com/ZgCbsOS9tK

Springsteen On His Secrets To Staying In Shape At 71 Years...

The Stella Theatre To Host The Christine Buckley Brunch Club!