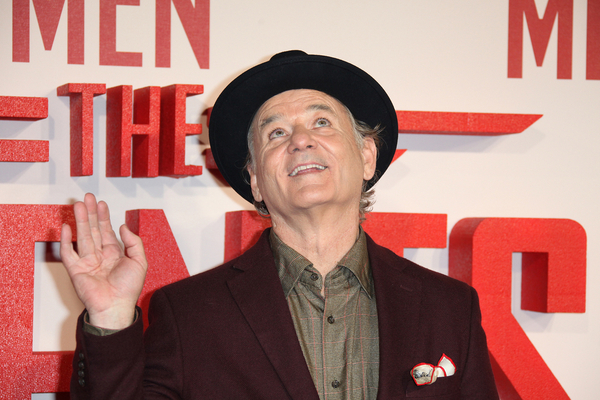 Move over Los Angeles, Thurles is the new place to spot some of Hollywood’s biggest glitterati. The legend that is Bill Murray was seen yesterday at the Cork vs Galway/Clare vs Wexford double-header alongside businessman JP McManus.

The actor took in all the sights and sounds of the fastest sport played on grass.

Murray whose family hail from both Cork and Galway, watched on as as Galway were victorious after a one-point win over Cork.

As to what brought the Groundhog Day star to the game, it’s believed he’s over for the Pro- Am golf event.

McManus is hosting his Pro-Am golf tournament at Adare Manor on July 4/5, which is set to feature some of the biggest names in golf along with Tiger Woods.  The event will also be bringing out some big celebrities as well, including Bill Murray.

Last year Bill Murray made himself familiar with some of Irelands best spots when he made a YouTube series with author Tom Coyne. The  golf series The Links Life, saw him play on some of the country’s top golf courses.

Murray is well known for being a fan of the golf game. He worked as a caddy when he was in high school and launched the William Murray Golf line of sportswear in 2016. He also recently starred in the golf comedy film the Caddyshack.

The Thurles game was not Murray’s first taste of GAA. He took part in a raffle to win a signed Mayo jersey last summer in Enniscrone, Co Sligo, in support of cystic fibrosis care.

KISS’ Paul Stanley Spotted in Public Without A Mask Days After...