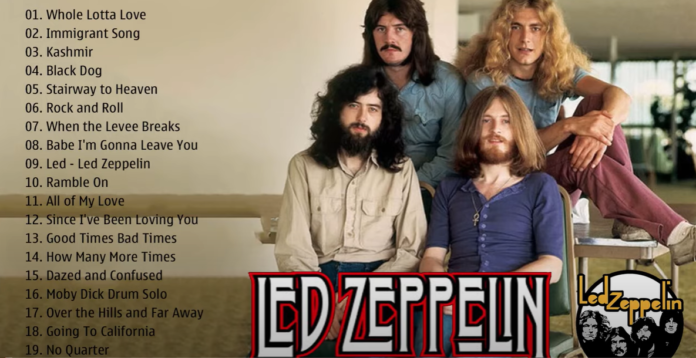 Bonham’s biography is called Beast: John Bomham And The Rise of Led Zeppelin and it will be also forwarded by none other than Dave Grohl!

According to a Press Release regarding the book.

“John Bonham first learned to play the drums at the age of five, and despite never taking formal lessons, began drumming for local bands immediately upon graduating from secondary school”.

“Bonham was recruited to join the band who would eventually become known as Led Zeppelin-and before the year was out, Bonham and his three bandmates would become the richest rock band in the world”.

Bonham passed away in 1980 aged 32. Led Zeppelin disbanded after his death. The book talks about Bonham going from being a self-taught drummer at the age of five to being a part of one of the most successful rock bands of all time.

John Bonham is hailed as one of the most influential drummers in music. Modern Drummer’s director Adam Budofsky had this to say.

“He was my brother,” Led Zeppelin’s Robert Plant once said of Bonham. “He was a loose cannon but he was a spectacular guy”.

In 2012, the band Heart performed “Stairway To Heaven” in tribute to Led Zeppelin. Joining them on stage was John Bomham’s son Jason. Robert Plant watched this performance with tears in his eyes.

“What it was was his boy was playing drums”, he said. “I thought, all those years later, you know, that it was just one ridiculous loss”.

“Teetering on the edge of a cliff”

Dave Grohl has contributed to the biography which will be written by journalist C.M Kushin. While no details have been released regarding excerpts of Grohl’s piece, the Foo Fighters frontman has expressed his admiration for Bonham in the past.

He once told Rollingstone, “John Bonham played the drums like someone who didn’t know what was going to happen next – like he was teetering on the edge of a cliff. No one has come close to that since, and I don’t think anybody ever will. I think he will forever be the greatest drummer of all time”.

Grohl also said, “You have no idea how much he influenced me. I spent years in my bedroom, literally f*****g years, listening to Bonham’s drums and trying to emulate his swing or his behind-the-beat swagger or his speed or power. Not just memorising what he did on those albums but getting myself into a place where I would have the same instinctual direction as he had”.