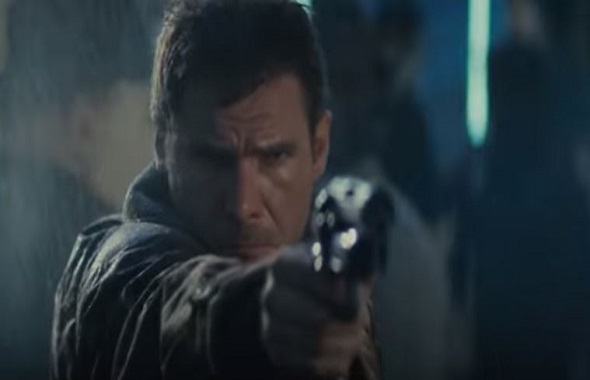 That’s as it was pointed out the much loved Ridley Scott classic is no longer set in the future.

A fan of the film tweeted out a short clip, commenting: “Blade Runner has officially become a movie set in modern-day.”

Starring Harrison Ford and Sean Young, and released in 1982, the original film was set in Los Angeles in November 2019.

This syncing of the timeline with our present-day reality means that the film is no longer as futuristic as it appears.

It’s November, Where my replicants at? #BladeRunner pic.twitter.com/IDAM3IWskT

In the film, people dress in futuristic outfits, some with surreal make-up, which has inspired fans to suggest that everybody should dress in similar garb throughout November.

Its now November, so we have to dress like everyone in Blade Runner now.

Blade Runner enthusiasts have also observed that the sci-fi gadgets and technology in the film are much more exciting than the ones in the real November 2019.

In my opinion, #BladeRunner is the best #syfy movie of all time! Timing in the film is November 2019. Where’s my airship? 😀 pic.twitter.com/yPIEpAdCWz

One fan hailed the film as “optimistic”, claiming that present-day Los Angeles should have “abundant rain” and “noodle stands on every corner” just like the film. Sounds a bit more like Capel Street tbh.

A list of the most unrealistic aspects about Blade Runner, compared to the real November 2019 reads:

– the capability to nope oneself clear off the planet

– noodle stands on every corner

The sequel to the film, Blade Runner 2049, was released in 2017 and stars Harrison Ford reprising his role from the original, as well as Ryan Gosling and Jared ‘bit nuts’ Leto.

Tom Hanks Reckons He Has Only Made Four “Pretty Good” Films