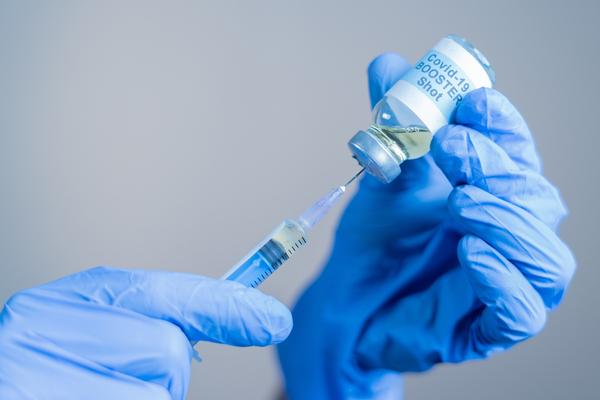 HSE Chief, Paul Reid has confirmed the COVID-19 vaccine booster programme for vulnerable people will commence from next week. Running for an estimated five to six weeks, Reid revealed the first appointments to be issued by the HSE next Wednesday.

Speaking on Morning Ireland, Reid said, “first of all what we’ve had to do is work with NIAC, who set out the early recommendations and classification, and our clinical teams have been engaged with them to get greater clarity.

“Our intention is to commence the process later next week, probably by Wednesday, to start making appointments. Then probably by Friday of next week people will start to get appointments coming through. If people are not contacted, it most likely is an indication that they’re not in that higher risk category.”

People who are highly immunocompromised, organ recipients, renal patients, certain cancer patients, and people on particular medications, will all be included. However, Reid warns that the identification process for the booster jab is complex and “not a simple list we can take off a shelf”.

“The parameters will simply be who are the people who do not have the immunity offered by two doses,” Reid explains. “So, it will be guided by our clinical teams.”

According to the HSE Chief, people will “most likely” be directed to a vaccination centre for their third jab. However, GPs will be tasked with administering the booster shot in certain cases, and if they are in hospital, they will likely receive it there. Administration of the ‘booster’ jab will be given six months after the primary vaccination course was completed.

The National Immunisation Advisory Council (NIAC) recommended earlier in the month that anyone over the age of 80, and over 65s living in residential care, can avail of the booster dose. Now that advice has been extended to immunocompromised people over the age of 12. According to reports, a recommendation of an mRNA booster vaccine for the two groups has been put forward by NIAC, even if their first vaccine was an adeno-viral vector like AstraZeneca.

Stephen Donnelly said the HSE is “working really well” to identify and contact the immunocompromised people eligible for the booster. Taking to social media, the Minister for Health revealed that college vaccination week also takes place with pop-ups in third-level colleges.

Today Due To Be The Coldest Day Of The Week