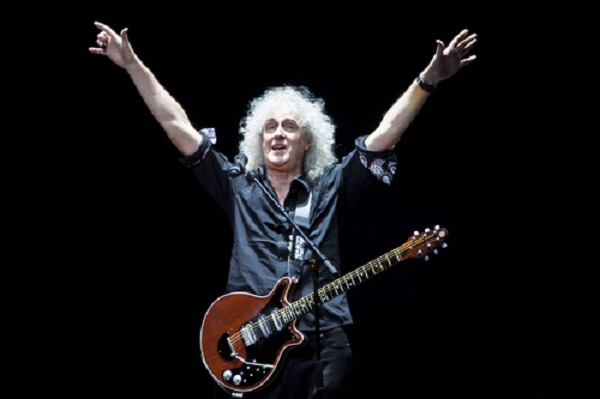 Queen guitarist Brian May is “nearly back to fighting form” following his heart attack earlier this year, according to frontman, Adam Lambert.

Brian May broke the news back in May that he had suffered a “small heart attack”. The 73 year-old had an operation to have three stents inserted into three blocked arteries to help his heart function.

In an interview on Britain’s Smooth Radio, Adam, who has been the lead singer of Queen in recent years, opened up about the rocker’s condition.

“Brian is doing a lot better, which is great”, said the singer. “You know, he’s just had to be on some certain medications, and is sort of on a recovery programme. But he seems like he’s nearly back to his fighting form.”

The news comes as many of music’s great performers have recently passed on. Hopefully May can get back to full health, amidst so many tragedies of late.

May has been a part of major success with the English rock group. They created massive hits and many number ones such as mega hit, Bohemian Rhapsody. The band went on to become international stars.

May was in a studio with the late Eddie Van Halen, with no intention of recording anything. The result of the two-day session was a mini album titled Star Fleet Project.

Elsewhere in the interview, former American Idol star Adam reflected on the coronavirus pandemic, the subsequent lockdown and its effect on the music industry as a whole.

“I consider myself very fortunate that I’m able to keep things together,” he said. “I’m not in the situation that some people are in where they’ve lost their job. My heart goes out to anybody out there that’s really struggling. I know it’s a lot of people that have been hit really hard by this thing.”

We wish Brian the best of luck with his recovery here at Radio Nova. Check out this video of his top ten solos.