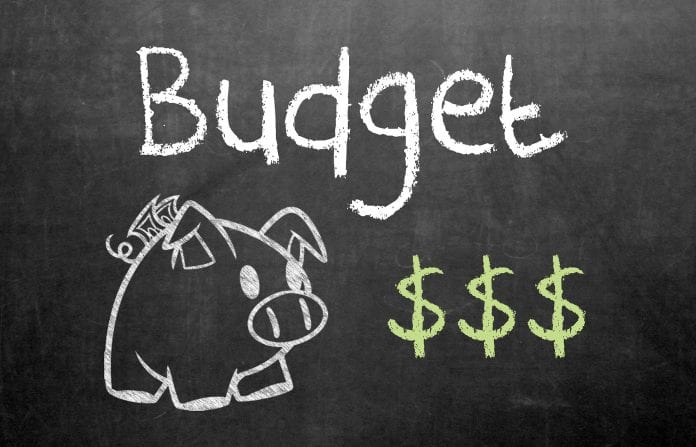 Today’s Budget expenditure equates to a spend of around €12,700 per person living here.

The Finance Minister announced a total spend of almost €61 billion. Paschal Donohue made the announcement in relation to sustainably growing investment.

In the Dáil he outlined his three economic pillars, ”Safeguard our national finances, promote fairness and make sensible and long-term investments.”

The annual contributions of €500m will commence in 2019 after we have achieved the MTO set in 2018. Reducing the debt burden is “critical” and is “too high”. “We cannot ignore the level of debt and what it could mean for future generations,” he said, adding tha the projected deficit for this year is 0,3% of GDP, 0.2% in 2018.

Of this €55.5bn will be allocated to current expenditure but capital spending will amount to over €5.3bn, an increase of €790m on 2017 allocation. He aims to establish the Rainy Day Fund in 2018 and transfer €1.5bn to it from the Ireland Strategic Investment Fund.

He said: “I am announcing an allocation of capital expenditure of €4.3bn over the next four years.” He confirms that total expenditure in 2018 will be €60.9bn or €12,700 for every person in the country.

“Expenditure will receive an additional €898m,” he said. He said: “I am raising additional revenue in order of €830m, giving a total Budget day package of almost €1.2bn. I will also be introducing tax reductions on income worth €335m”

“Housing remains a priority for this Government,” he says, announcing 3,400 new social homes next year. “I am allocating a total of €1.83 billion for housing in 2018.”

An increase of €31m has been allocated to the Social Housing Current Expenditure Programme bringing total to €115m. Funding for Homeless Services will be increased by a further €18m to over €116m.

“I am providing an extra €500m for the direct building programme which will see an additional 3,000 new build social houses by 2021, increasing the existing Rebuilding Ireland target of social housing homes to 50,000, of which 33,500 will be delivered through construction.”

He said: “The level of stamp duty on commercial property transactions will increase from 2% to 6% from midnight tonight.” He said: “I am making up to €750m of the ISIF available for commercial investment in housing finance.”

An allocation of €750m will come from the Ireland Strategic Investment Fund for commercial investment in housing through a new entity called Home Building Finance Ireland. This will subsume Name, which will be wound down.

To fight homelessness, the Minister announces an €18m increase to €116m. for emergency accommodation. He said: “The message to vacant site owners is clear – to have your levy lifted, you need to get on with developing your lands urgently.”

There will be an increased allocation to Health of €685m for 2018 which will bring Health funding to €15.3bn, almost 5% increase. On Capital Gains Tax, seven-years owners must retain assets to enjoy full relief of CGT to be lowered to four years.

An extra €471m to be made available from 2018 – 2021 for primary care. Up to 1,800 more frontline staff in acute, mental health, disability, primary and community care sectors .

A reduction in the prescription levy for those aged under 70 years from €2.50 per item to €2 per item, with a subsequent reduction in the monthly cap from €25 to €20. The National Treatment Purchase Fund (NTPF) has been allocated €55m, a trebling of the 2017 figure.

There will be €750m from the Ireland Strategic Investment Fund allocated for commercial investment in housing through new entity – Home Building Finance Ireland (HBFI).
Mortgage relief has been lowered to 75% for 2018, 50% 2019 and 25% in 2020. The Drug Payment Scheme threshold has been lowered from €144m to €134m.

To make a “healthier Ireland”, the Minister says will be an extra 50c on a pack of 20 cigarettes. This will bring the price of cigarettes in the most popular price category to €12.
Nama will still be wound down and the HBFI will comply with state aid rules, but will use NAMA expertise.

The Minister announces 800 extra Gardaí to be recruited in 2018. An additional 500 civilians will also be hired into the force. There will also be 1000 extra special needs teachers by Sept 2018 bringing total to 15,000.

Forty new staff will be hired in the Department of Business, Enterprise and Innovation and enterprise agencies to meet what Mr Donohoe said were “challenges and opportunities arising from Brexit”.

Among them will be a special €300m loans scheme – backed by the European Investment Bank Group, the European Commission and the Strategic Banking Corporation of Ireland – for small businesses, including the food sector, at competitive rates.

The budget for new Department of Rural Affairs increasing by €19m for existing programmes – a 12% increase year on year. The Minister announces that the Dept of Transport, Tourism & Sport will get €111m for sport in 2018. An extra €2.5m will be allocated for Irish language training in 2018.

The VAT rate on tourism and services sector WILL NOT change and the Dept of Transport & Tourism will have a budget of over €2bn. Also, total Dept of Business, Enterprise and Innovation Budget will be €871m next year.

Tusla will extra funding of €40m for child protection bringing the total allocation to €754m. An additional €20m will be allocated to support a range of childcare measures, including further development of the extended free Pre-School programme, ensuring entitlement to a full two-year service from Sep 2018.

The Minister is also increasing the threshold for receipt of the Family Income Supplement by €10 per week for families with up to three children. A further increase of €100 in the home carer credit this year, bringing the value of the credit up to €1,200 per year.

The Minister has announced a €5 increase in weekly social welfare payments, including disability, carer’s, Jobseekers’ Allowances and State Pension. There will be €17m to fund the rollout of the Renewable Heat Initiative and schemes to incentivise the uptake of electric vehicles, with 0% benefit-in-kind rate on electric vehicles.

The entry point for a single person to enter the income tax rate will rise from €33,800, to €34,550. The point at which an income earner attracts the higher rate of income tax will rise next year by €750 per annum. There will be a rise in allocations to Dept of Finance of €13m for 2018.

Two Men Arrested Over Armed Robbery And Death Of Woman In...