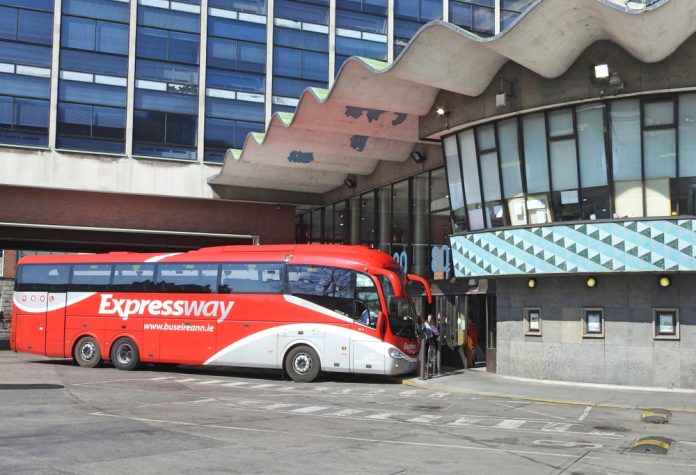 Bus Éireann is ramping up security at Busáras in Dublin starting today. That’s ahead of drivers plans to refuse to carry after dark passengers.

In a statement, the company says it takes issues of anti-social behaviour very seriously. That was after it received a letter from the NBRU concerning the matter.

Bus Éireann said the safety and security of both its staff as well as customers is of the highest importance.

At the country’s busiest bus depot there is presently two security personnel working on a 24/7 basis. That will now increase to a third officer seven days week between 8pm and midnight.

A few weeks ago, bus drivers said they wouldn’t carry passengers at Busáras after dark from Monday, 16th of September unless security measures were improved.

At the time, Dermot O’Leary from the NBRU said in a statement: “There has a number of assaults at Busáras over the last number of months and only last week another serious assault on one of our colleagues, an NBRU bus driver.

“As far as all members are concerned both the company – which is Bus Éireann in this case – and the Government have a duty of care to both themselves and the people that they carry from A to B.”

Teenager Stabbed To Death In Dublin