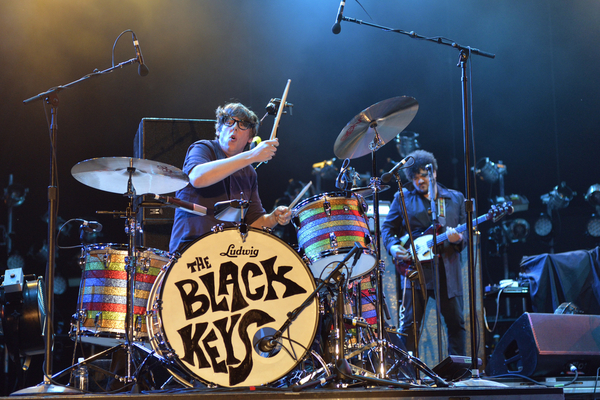 The Black Keys have released another brand new single ‘It Ain’t Over’.

This single arrives on the band’s latest album ‘Dropout Boogie’, which arrives on May 13. The Black Keys have already released ‘Wild Child’ from this album back in March.

Check out their latest track below.

Speaking recently, the band’s lead vocalist Dan Auerbach has said that he is thrilled to be still working with drummer Patrick Carney.

“Pat used to be self-deprecating, I don’t know why”, the guitarist and vocalist said.

“But now he just seems so much more comfortable being himself behind the drums. It’s age or, I don’t know, a lot of therapy. I feel Pat and I are in a better place than we’ve ever been”.

“Watching bands come and go, it’s f****8g insane that we’re still here”, he continued. “It blows my mind. The odds were so stacked against us. I can’t imagine if this was a five-person band. That would have been insanity. We’re so lucky it’s just the two of us”.

The Black Keys are to also embark on their first tour for several years this Summer. This tour is to run until October. The duo will also be supported by Early James, Ceramic Animal, Band of Horses and the Velveteers.

The Black Keys had confirmed the upcoming release of their new album back in March. Dan Auerbach had this to say in a press release.

“That’s always been the beauty of the thing Pat and I do – it’s instant”, he said.

“We’ve never really had to work at it. Whenever we’d get together, we’d just make music, you know? We didn’t know what we were going to do, but we’d just do it and it would sound cool. It’s the natural chemistry Pat and I have. Being in a band this long is a testament to that. It was a real gift that we were given. I mean, the odds of being plopped down a block-and-a-half from each other in Akron, Ohio — it just seems crazy”.

It also features several guest appearances, including Billy Gibbons of ZZ Top, along with Angelo Petralgia and Greg Cartwright. More on this from Nova here.